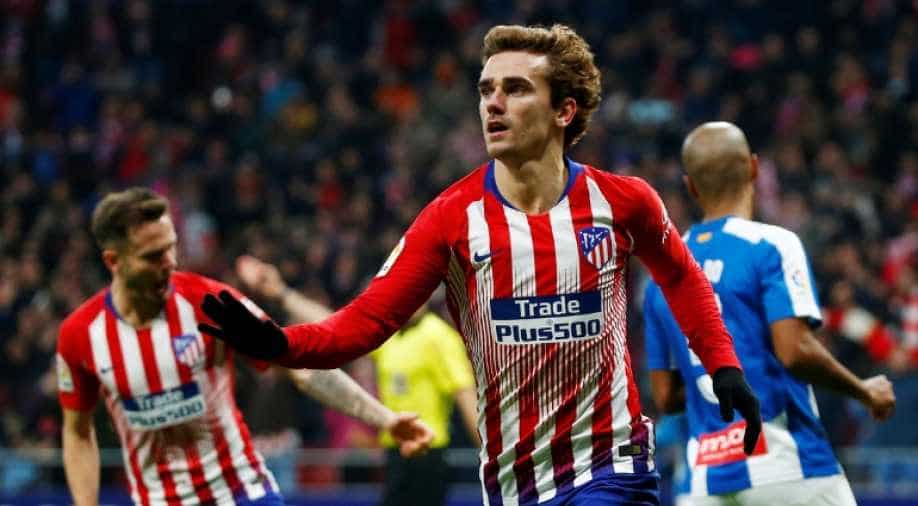 Atletico Madrid maintained their excellent run of home form on Saturday, beating Espanyol 1-0 for a seventh win out of nine games at their Wanda Metropolitano stadium to keep the pressure on La Liga leaders Barcelona.

Antoine Griezmann struck the only goal of the game early in the second half, sending visiting goalkeeper Diego Lopez the wrong way from the penalty spot after some confusion when Angel Correa had a goal ruled out as Koke had been fouled by Espanyol's Esteban Granero just before.

Espanyol were the only team to win in the league at the Wanda Metropolitano last season and again proved extremely tough opponents for Diego Simeone's side, who escaped going behind in the first half when Jan Oblak saved from Leo Baptistao and the Brazilian forward struck the post on the rebound.

Atletico's third consecutive league win took them into second place on 34 points, level with La Liga leaders Barcelona who were in action against Celta Vigo later on Saturday and three ahead of Sevilla, who visit Leganes on Sunday.