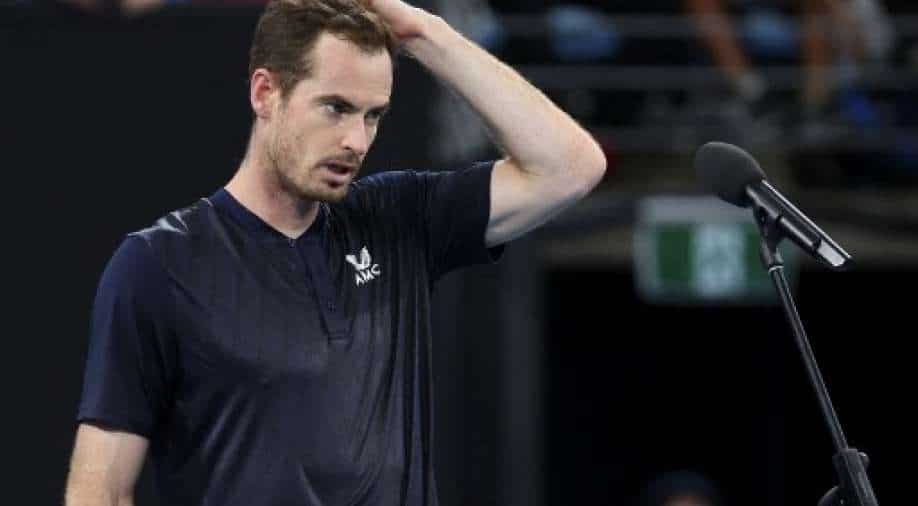 Former World No 1 won the opening set 6-2 against the former world No 7 before Goffin pulled out of the match, just a game after receiving treatment to the back of his knee.

Britain`s Andy Murray reached the Sydney Tennis Classic semi-finals after his opponent David Goffin was forced to retire in the middle of their last-eight match, here on Thursday.

Former World No 1 won the opening set 6-2 against the former world No 7 before Goffin pulled out of the match, just a game after receiving treatment to the back of his knee.

It is the first time that Murray has reached a tour-level semi-final since Antwerp in 2019. The Scot went on to win the title in Belgium three years ago, defeating former World No. 3 Stan Wawrinka in the final.

The wild card will now play American Reilly Opelka in the semi-finals following the fourth seed`s 7-6(4), 6-2 victory over countryman Brandon Nakashima in a 83-minute clash.

"It`s obviously been a while for me. I have been getting closer in the last few months, and my results would suggest that. So it`s good to get there this early in the season. Hopefully I can keep building from here and have a strong year," said Murray.

"I want to try and win tournaments again. That`s one of the reasons why I`m still playing, because I believe I can still do that. I`m a couple of matches away from winning another one and I`ll give it my best effort to do that," he added.

The World No 20, who was voted 2021 Most Improved Player of the Year, triumphed after two hours and 49 minutes in a hard-fought encounter.

Karatsev will now face Daniel Evans in the semis after the third seed edged American Maxime Cressy 6-4, 7-6(5) in one hour and 52 minute match. Evans won his first tour-level title in Australia last season at the Murray River Open in Melbourne.