Anderson off to flyer at ATP Finals with win over Thiem 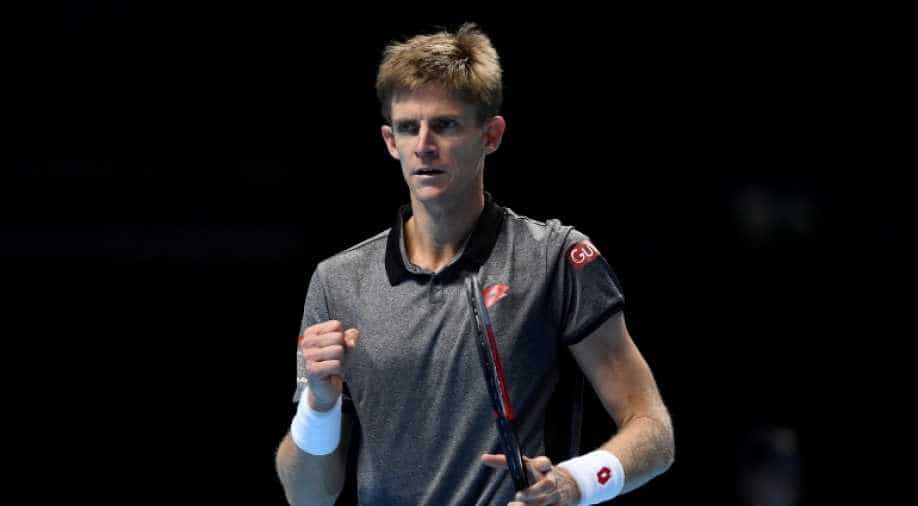 Thiem could make little impression on the Anderson serve either, though, and the match drifted into a tiebreaker.

Kevin Anderson made a winning debut at the ATP Finals with a 6-3, 7-6(10) victory over Austrian Dominic Thiem in the opening singles match at the O2 Arena on Sunday.

Wimbledon runner-up Anderson, the first South African to qualify for the season-ender since Wayne Ferreira in 1995, was comfortably the better player in a one-sided first set.

The second set was a much tighter affair with serve dominating but Anderson sneaked a gripping tiebreaker 12-10 on his fourth match point, banging down his 13th ace to open his account in the Lleyton Hewitt group.

Anderson, 32, celebrated by leading the packed crowd in singing 'happy birthday' to his wife Kelsey.

Swiss Roger Federer will begin his quest for a record-extending seventh title at the eight-man season-ender when he faces Japan's Kei Nishikori in the evening session.

The opening action featured two of this year's Grand Slam runners-up but it was Anderson who looked best-equipped to make a big impression alongside the River Thames.

Standing at six foot eight, it would be easy to dismiss him as just a big server but his all-round game was too good for Thiem.

"He's very dangerous. He serves well. I think out of the taller guys, he's playing outstanding from the baseline," Thiem told reporters. "Of course, he can win the title here."

Anderson had lost both his matches against Thiem this year, having won their previous six clashes, and he looked fired up to reassert his dominance over this year's French Open runner-up, clenching his fist regularly after winning points.

He broke serve in the fourth game after a deep service return forced an error from the Austrian and had chances for a double break two games later but Thiem hung in.

Anderson wrapped up the set on serve at 5-3 but Thiem came out striking the ball with more aggression in the second set and improved his serving percentage to such an extent that he conceded only two of 25 points after landing his first delivery.

Thiem could make little impression on the Anderson serve either, though, and the match drifted into a tiebreaker.

The 25-year-old Austrian saved a match point at 5-6 before playing a sensational point to earn a set point of his own, only to then net a forehand off a powerful Anderson first serve.

Anderson fired down an ace to save a second set point and, despite failing to convert a third match point, he would not be denied. There is still time for Thiem but with Federer still to play he faces a third consecutive group phase exit.