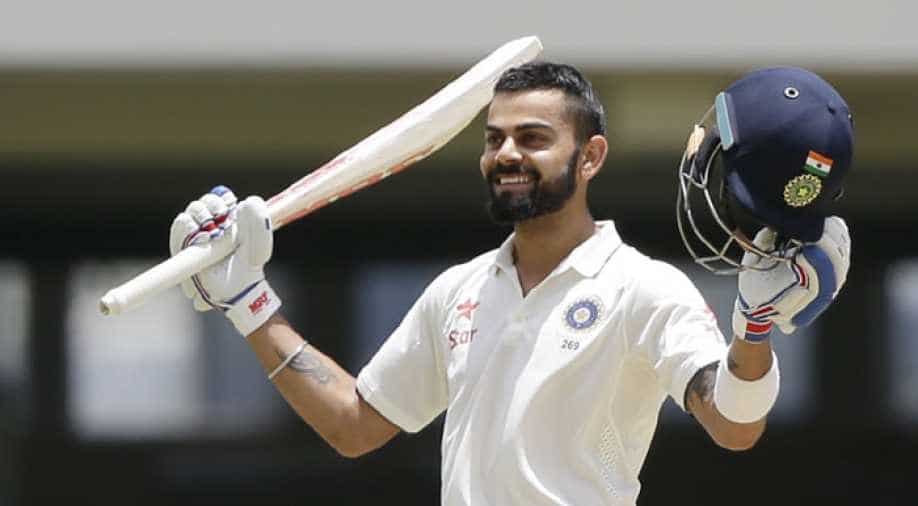 With this century, Kohli regained his form at Centurion after drastically failing in the first Test at Cape Town. Photograph:( Zee News Network )

After 85 overs India's score stands at 280 runs for the loss of eight wickets at lunch.

Kohli's spectacular knock keeps him at crease unbeaten at 141 with Ishant Sharma at the other end.

Kohli's century came minutes after India resumed on Monday, after ending the day 2 at 183 for five.

With this century, Kohli regained his form at Centurion after drastically failing in the first Test at Cape Town.

This is Kohli’s second century on South African soil, previously came in Johannesburg 2013, and eighth overseas, including Australia, New Zealand and England.

The right-handed batsman's unbeaten 85 helped him lift the struggling visitors on the second day of the second cricket Test at the SuperSport Park on Sunday.

Unfortunately, Hardik Pandya, who opened the day with Kohli, had to depart after he was run out by Philander.

With Ashwin coming to the crease to accompany Kohli, India's score stands at 233 for the loss of six wickets after 72 overs.

The team still trails by 102 runs with four wickets in hand.

On day 2, barring Kohli, opener Murali Vijay scored a gritty 46 off 126 before being dismissed by left-arm spinner Keshav Maharaj.

Together Vijay and Kohli added 79 runs for the third wicket as India crossed 100 in the 33rd over.