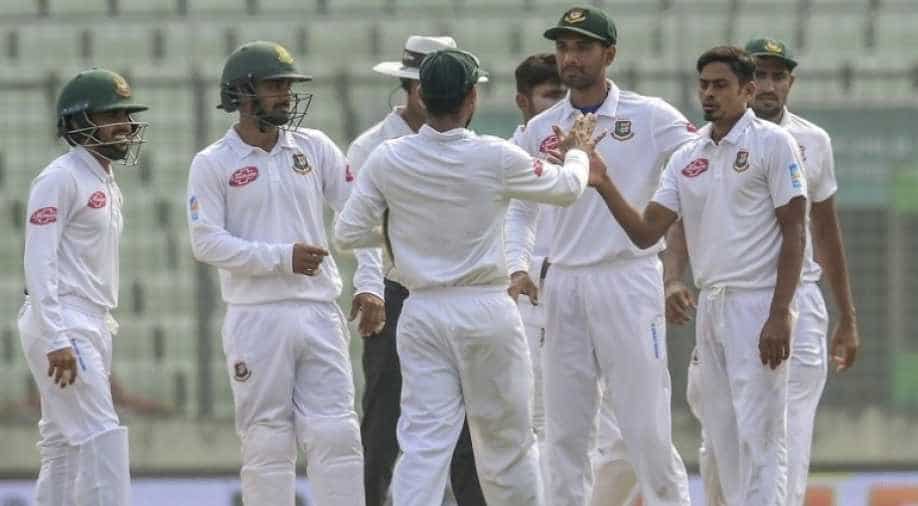 Needing a mammoth 443 to win, Zimbabwe folded for 224 with Brendan Taylor making 106.

Bangladesh defeated Zimbabwe by 218 runs in the second Test on Thursday, levelling the series 1-1 and denying the visitors their first series win in seven years.

Needing a mammoth 443 to win, Zimbabwe folded for 224 with Brendan Taylor making 106, providing some resistance with his second century of the match.

The home side declared the first innings on 522 for seven with Mushfiqur Rahim hitting an unbeaten 219 and then declared their second innings on 224 for six.

Zimbabwe were bowled out for 304 in the first innings with Brendan Taylor making 101 runs and Taijul Islam bagging five wickets for 107 runs.

Mehidy Hasan Miraz got five wickets for 38 in the second Zimbabwe innings.