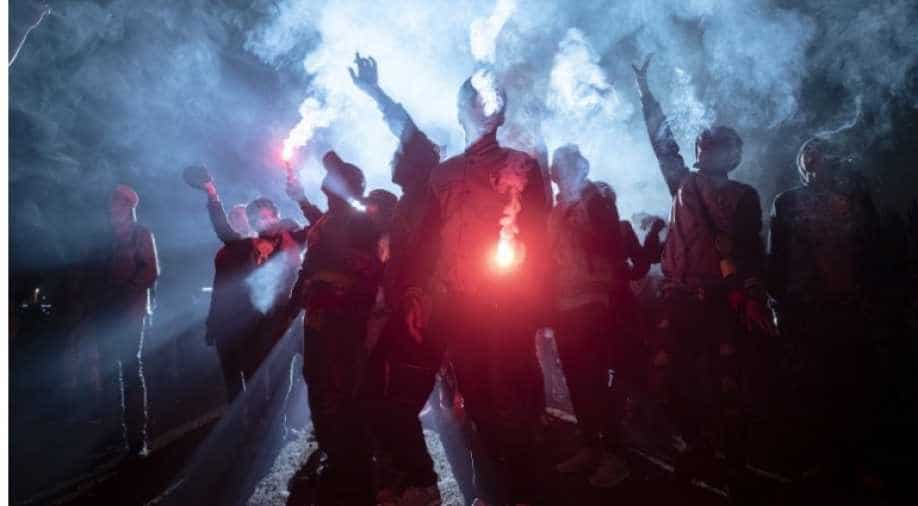 Myanmar is 90 per cent Buddhist, and October and November are packed with donation drives in the aftermath of Buddhist lent.

From grumbling neighbours to witty memes of the Buddha imploring a man with speakers to "stop your noise", the cacophony around Myanmar's annual Tazaungdaing festival is revving up debate over the modern racket accompanying religious customs.

Myanmar is 90 per cent Buddhist, and October and November are packed with donation drives in the aftermath of Buddhist lent.

The religious season culminates in the Tazaundaing festival, which ends late Thursday with amusement park rides and block parties.

But some residents in the commercial capital Yangon want the volume turned down as religious chants, sermons and entreaties for donations blared over speakers compete with electronic dance music, Burmese rap and rowdy evenings.

"I don't believe Buddha would like this... Buddha likes peace and silence," Nyein Myat, a 28-year-old bank employee told AFP, adding that her sisters struggle to study because of the noise.

But in Myanmar, where authorities have struggled with hardline Buddhist nationalists and the faith is deeply ingrained in society, few make an effort to plead for quiet.

In 2016, a Dutch tourist was arrested in Mandalay and spent three months in jail after unplugging a speaker relaying a late-night sermon.

"Many people complain but it is the religious season so it is difficult to complain or report to police," said Min Saw, a 22-year-old who works the night shift at a shop.

"This season is full of good deeds for Buddhists... but we mostly get annoyed."

Frustration is playing out online too.

One drawing shows Buddha in the forest holding up his hand and saying "dear son, please stop your noise" as a man races towards him with numerous loudspeakers.

A local artist tweaked Edvard Munch's celebrated "Scream", placing Buddha in the foreground holding hands over his ears in horror at the sound.

Images of the meme rocketed around Myanmar social media, drawing mostly praise but some anger over the portrayal.

"We have faced so many noise problems every day but these days it is worse," said Myo Kyaw, a 35-year-old audio engineer who was eating lunch.

"This is our tradition and I love it but noise is not really good for the people."

Than Win, a community leader in Yangon's Lanmadaw township, conceded decibel levels were high but said it is one of the holiest festivals of the year and that all religious customs deserved respect.

"We can hear the sound from the mosque loudly in the evening and if you live near the church, you can hear their sound loudly," he said.