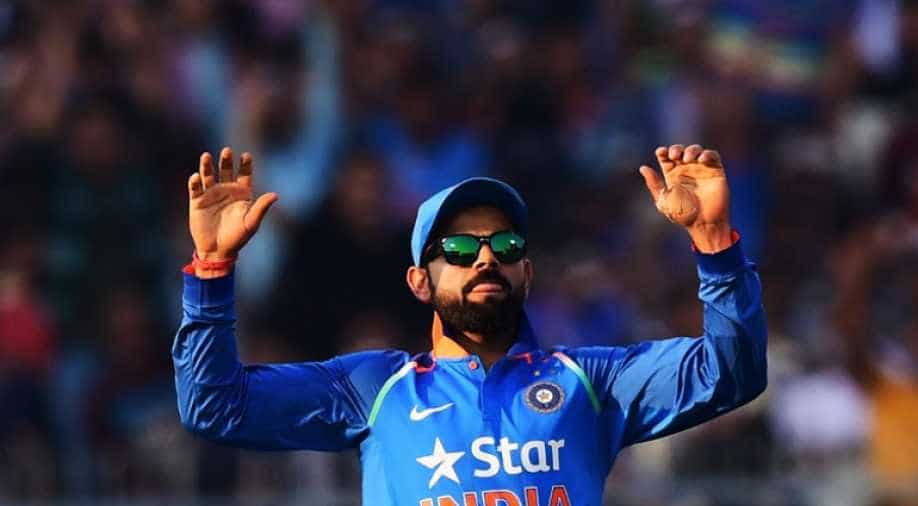 Virat Kohli has been conferred the Padma Shri Photograph:( AFP )

The government today released the list of Padma award winners - one of the highest civilian awards of the country.  The awards are given in various fields of activities from art, social work to public affairs, science and engineering, trade, industry, medicine, literature, education and sports.

This year President Pranab Mukherjee has approved conferment of Padma Awards to eighty-nine persons. The list comprises of seven Padma Vibhushan, seven Padma Bhushan and seventy-five Padma Shri awardees. There are nineteen women in the list which includes five persons from the category of foreigners, NRIs, PIOs and six posthumous awardees.

Noted singer K J Yesudas has been selected for Padma Vibhushan, India's second highest civilian award but big names from Indian film industry did not feature in the list that was announced today.

Musicians and singers were given preference this year with Grammy-winning musician Vishwa Mohan Bhatt being named for Padma Bhushan while singer Kailash Kher and Anuradha Paudwal were named for Padma Shri.

The focus of this year's Padma awards, according to the officials in the Home Ministry, was on recognising talent of unknown and unsung heroes of the country.

Yesudas, who has a record contribution of more than 50,000 film songs in various languages, including his mother tongue Malayalam, Tamil, Bengali and Hindi, has already been a recipient of the Padma Shri (1975) and the Padma Bhushan (2002).

The singer, 77, has made many songs memorable with his mellifluous voice, but for Hindi cinema music fans he is best known for songs like 'Jab Deep Jaale Aaana', 'Gori Tera Gaon' and 'Surmai Ankhiyon Mein' from "Chitchor" and "Sadma". Bhatt, who is credited with the creation of the 'Mohan Veena', is a former disciple of Pt Ravi Shankar. The musician is one of the most recognised names in Indian classical music scene.

Kher, known for his earthy-sufi voice, said it was an "overwhelming" moment for him to be recognised by his country. "Thank you to my nation for this honour. I am overwhelmed. I am sure my parents, who are no longer with me, are smiling down at me with pride. This honour is possible beacause of the prayers of my well-wishers and the blessings of my gurus," a grateful Kher said.

Celebrity chef Sanjeev Kapoor, who has been named for Padma Shri, said it is great to be acknowledged for an "unconventional" field. "The feeling of winning a Padma award is fantastic. 2017 has started on a great note for me. But with the award comes a bigger sense of responsibility and pressure. To acknowledge people who are not from mainstream is a great trend and I hope it continues. I am happy that it is given to someone from a field as unconventional as culinary," the Padma Shri winner said.