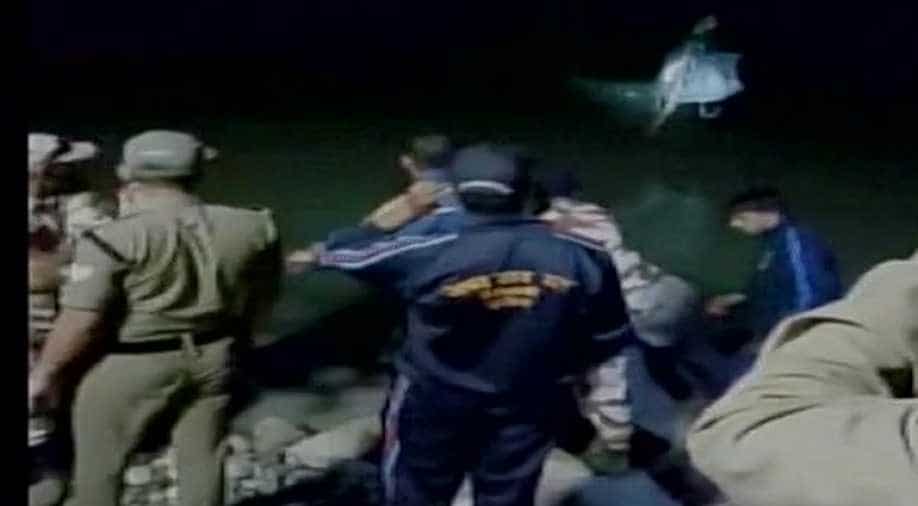 Rescue efforts by the SDRF, the ITBP and police personnel under the supervision of senior officials were?continuing through the night.? Photograph:( ANI )

24 pilgrims from Madhya Pradesh were killed when their bus fell into the Bhagirathi river near Nalupani on Tuesday evening while returning from Gangotri shrine in the Himalayas.

The mishap occurred at around 6 pm as the bus fell 300 metres down the road into the river, Uttarkashi district magistrate Ashish Shrivastava said

Rescue efforts by the SDRF, the ITBP and police personnel under the supervision of senior officials were continuing through the night.

There were around 29 pilgrims, mostly from Indore, in the bus at the time of the accident, he said.

On Chardham yatra since May 12, these pilgrims had already visited Yamunotri and Gangotri and were on way to Haridwar from where they had to go to Kedarnath, he said.

Madhya Pradesh chief minister Shivraj Singh Chouhan announced an ex-gratia of Rs 2 lakh each to the next of kin of the deceased.

Uttarakhand Chief Minister Trivendra Singh Rawat condoled the loss of lives and announced an ex-gratia of Rs 1 lakh each for the families of the deceased and Rs 50,000 each for those injured.

Meanwhile, Lok Sabha speaker Sumitra Mahajan expressed grief over the tragedy and issued instructions for immediate aid to the victims.