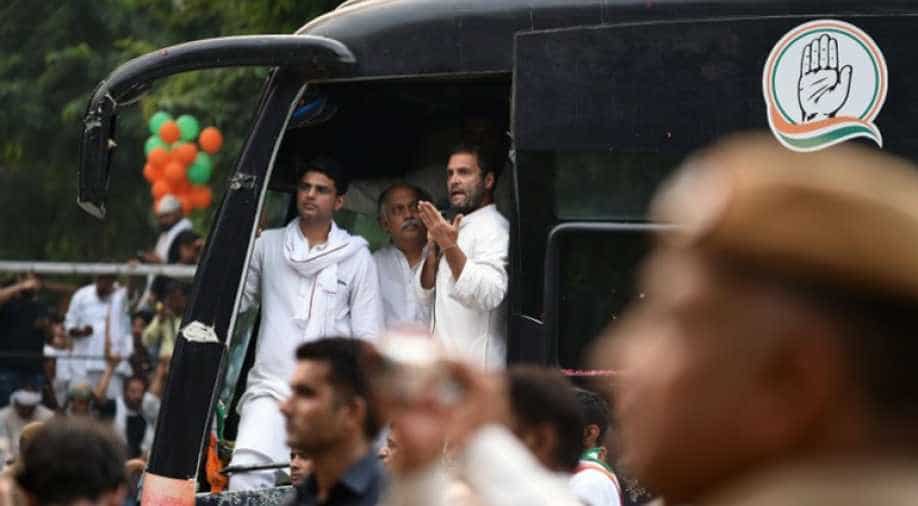 The talks between the Congress, Samajwadi Party (SP) and Rashtriya Lok Dal (RLD) on seat sharing for assembly elections in Uttar Pradesh is in the last phase of discussion, with the Congress also wanting the position of deputy CM as part of the deal, sources told WION.

Sources confirmed to WION that talks between all three constituents are taking place at the highest level.  The SP has proposed 78 seats to the Congress and 22 seats to RLD which still holds sway in some districts of the western Uttar Pradesh. But well-placed sources confirmed that Congress is still insisting on 100 seats and the final decision on the matter would be taken by Congress vice president Rahul Gandhi. Sources also say that apart from numbers, there is also a dispute on 15 seats which are being described as “prestige seats” by all sides. There is the possibility that a friendly fight can take place on these but the Congress wants to avoid it as it would send a wrong signal to the electorate.

The understanding is that if the three parties fail to come together then it would become a straight fight between the BJP and BSP. Even the SP stands to lose a chunk of upper castes in case it fights against all other parties. Even Congress stands to benefit as it has no organisational structure in Uttar Pradesh and with an SP-alliance, its candidate can get the minority votes which as of now lie with Mulayum Singh Yadav. Lastly, RLD’s presence would strengthen the SP in western UP where there is often a straight fight between the BSP and the BJP.

Insiders say that alliance should be announced at the earliest for early distribution of election tickets and ample time to project Akhilesh Yadav as the chief ministerial candidate. For now, the ball is in Congress vice president Rahul Gandhi’s court.