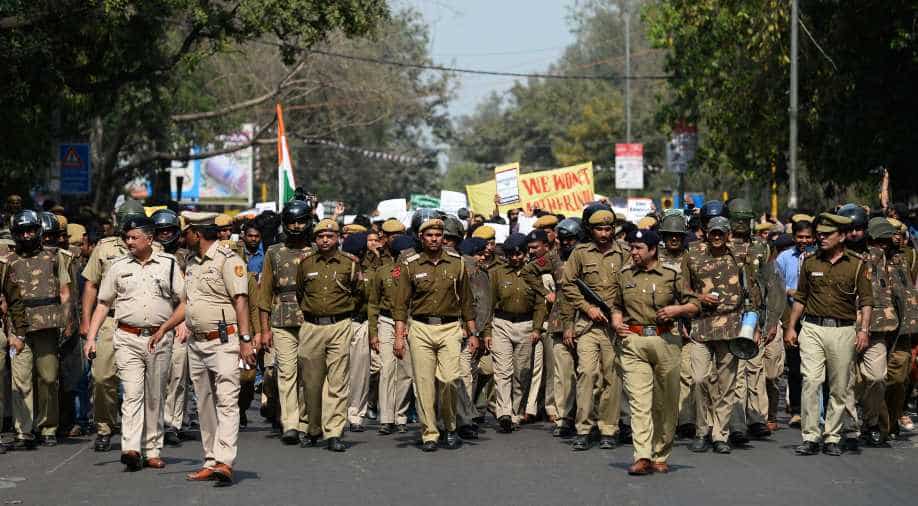 The report, entitled 'Human Rights Practices in India for 2016' also highlighted the restrictions on the foreign funding of NGOs, Photograph:( ANI )

A report released by the US state department, on Sunday, has criticised India over alleged human rights violations. The report referred to the police case against activist Teesta Setalvad, encounter of eight SIMI members in Madhya Pradesh, and also the "Vyapam" scam in Madhya Pradesh.

The report titled "Human Rights Practices in India for 2016" highlighted the restrictions on foreign funding of NGOs, dowry-related deaths and female genital mutilation as some of the human rights problems in India.

The report quotes several voluntary NGOs as saying that due to rejection of permits to receive foreign funds, it has become difficult for them to operate in the country.

On the irregularities in the recruitment of government officials and admissions to educational institutions in Madhya Pradesh populary known as the "Vyapam" scam, the report says that it shows "corruption and lack of transaparency in government". "Investigations and prosecutions of individual cases took place, but lax enforcement, a shortage of trained police officers, and an overburdened and under-resourced court system contributed to infrequent convictions," the report said.

The report highlights abuse of power by security forces like extra-judicial killings, torture, rape and corruption.

"There were instances of infringement of privacy rights. The law in six states restricted religious conversion, and there were reports of arrests but no reports of convictions under those laws. Some limits on the freedom of movement continued," it said.

The report mentions trafficking in persons, bonded and forced labour of children, sex trafficking of children and adults for prostitution as some of the serious problems faced by India.