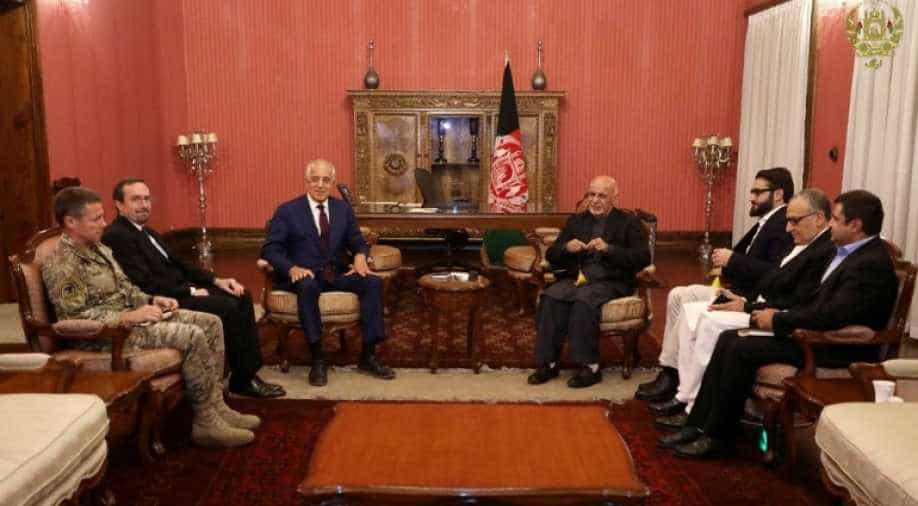 The US special envoy for Afghanistan is trying to reassure the US-backed government in Kabul that it will not be shut out of a peace process with the Taliban, after it complained of being side-lined from talks, officials said on Friday.

The US special envoy for Afghanistan is trying to reassure the US-backed government in Kabul that it will not be shut out of a peace process with the Taliban, after it complained of being side-lined from talks, officials said on Friday.

The US envoy, Zalmay Khalilzad, wants representatives of Afghan society to join talks aimed at ending the 17-year war between the Western-backed government and the Islamist Taliban, who were ousted from power by US-led forces in 2001.

Khalilzad, an Afghan-born US diplomat, met Taliban leaders in Qatar last month to try to push talks forward but the Taliban have long rejected direct talks with the elected government, led by President Ashraf Ghani.

"Ghani and many Afghan politicians felt that the US was shutting them out of the peace talks," said a close aide to Ghani.

"Khalilzad cleared the differences by meeting top Afghan politicians, civil society members and women to prove that US will not isolate Afghans during next round of peace talks," he said.

The Taliban are fighting to expel foreign forces and defeat the Western-backed government.

The United States has for years resisted getting involved in direct talks with the militants, saying the process must be "Afghan-owned and Afghan-led".

The Taliban last month presented demands to Khalilzad that included a timeline for the withdrawal of US troops and the release of senior Taliban from jails in Afghanistan and Pakistan.

In October, Pakistan released one of the co-founders of the Taliban and another high-ranking commander.

No date has been announced for another round of talks but the Taliban have stepped up their attacks on government forces, inflicting hundreds of casualties over recent weeks in assaults in different parts of the country.

"Ambassador Khalilzad met men and women from all walks of the Afghan society to bring them together as a stakeholder in talks with the Taliban," the government official said.

The emphasis on "Afghan society" appeared aimed at persuading the Taliban to accept an Afghan delegation that does not officially represent the government.

Two Taliban officials in Afghanistan said they would continue engagement with Khalilzad, but would not say if their leaders would accept an Afghan delegation.

"We`re watching every diplomatic move of the US officials. We`ll continue our fight until the US accepts our demands," said Zabiullah Mujahid, a Taliban spokesman.