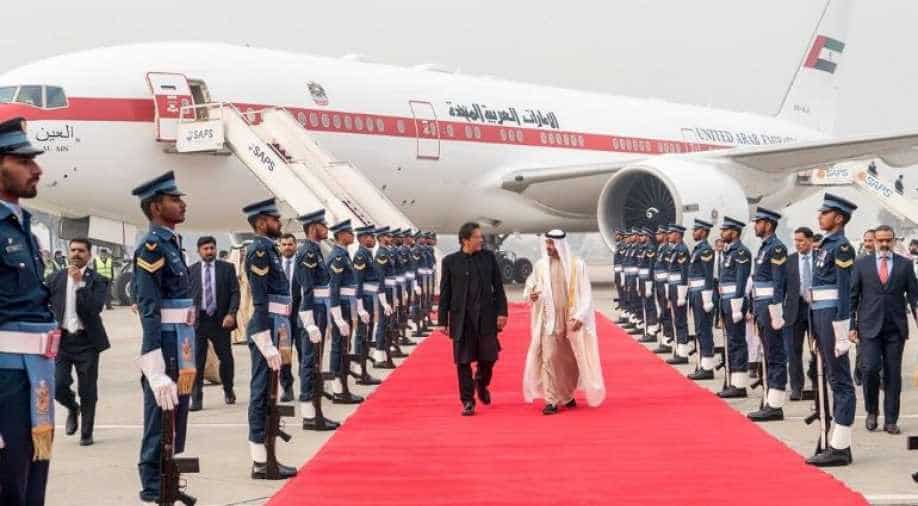 Khan personally drove the Crown Prince to the Prime Minister's Residence, where the two held a one-on-one meet.

The Crown Prince of the United Arab Emirates arrived on Thursday in Islamabad for a day-long visit.

Sheikh Mohammed bin Zayed Al-Nahyan was received by PM Imran Khan at Nur Khan airbase, on the outskirts of Rawalpindi.

Khan personally drove the Crown Prince to the Prime Minister's Residence, where the two held a one-on-one meet, presumably to discuss ways of further enhancing cooperation among the two Islamic nations.

The Emirates are a very important player for the Pakistani market. Pakistan imports a large proportion of its goods from the UAE, second only to China. However, the Emirates are the fifth largest destination for Pakistani exports.

The visit by the crown prince comes amidst a controversy wherein Pakistani prime minister Imran Khan skipped the Muslim summit in Kuala Lumpur, after the Kingdom of Saudi Arabia and the UAE stressed against it. The two Arab monarchies are among the largest suppliers of funds and investment for the crumbling country.