Two dead in protests over Pakistan girl's rape and murder 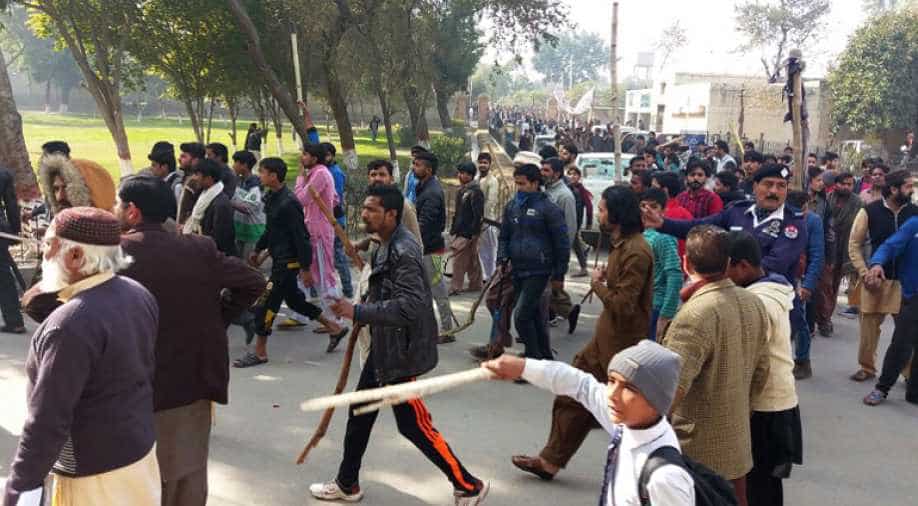 Two civilians were killed when officers fired live rounds to disburse crowds that attacked a police station in Pakistan on Wednesday in a protest over the rape and murder of a 7-year-old girl.

Police recovered the body of Zainab Ansari on Tuesday from a garbage dumpster in the town of Kasur in eastern Pakistan, four days after she was reported missing.

It was the twelfth incident of a girl being abducted, raped, and killed in the past year in Kasur district, police say. Residents have been furious at the authorities for what they see as a failure to investigate such cases.

"They started throwing stones at the office and some of armed protesters shot bullets at police. In order to stop them, police resorted to aerial firing," Khan said, adding that two people were killed and one wounded as a result.

"A peaceful protest was taking place, some students threw stones and police responded by firing at the crowd," Saleem ur Rehman, a resident who was at the protest, told Reuters. "The law and order situation here is really bad and there have been many such incidents. That is what the protest was about."

Ansari's parents, who were not in the country when their daughter was kidnapped, returned on Wednesday.

"I want justice! I want justice!" Zainab's mother cried, surrounded by reporters at the international airport in the capital Islamabad.

Ansari's case has attracted the attention of the country's civilian and military leadership, with Punjab Chief Minister Shahbaz Sharif calling for immediate action.

Police in Kasur deny they have been lax in investigating child abductions in the town. Regional police officer Zulfiqar Hameed told Reuters that four kidnappers had been arrested and another killed during an arrest attempt.

"Investigations reveal that in each case a paedophile kidnaps little girls, rapes them and kills them," he said.

The case of Ansari would soon be solved, he said: "We have got CCTV footage that shows a young man taking her along. We will catch him very soon," he said, adding that 95 DNA samples had been taken from suspects.

A number of police officials have been transferred out of the region for failing to investigate complaints of missing children since 2015, when authorities uncovered what they called a paedophile ring linked to a prominent local family. At least two people have been convicted in the case, in which authorities say hundreds of children in the district were abused.