Turtle in Indian zoo fitted with wheels after losing a leg 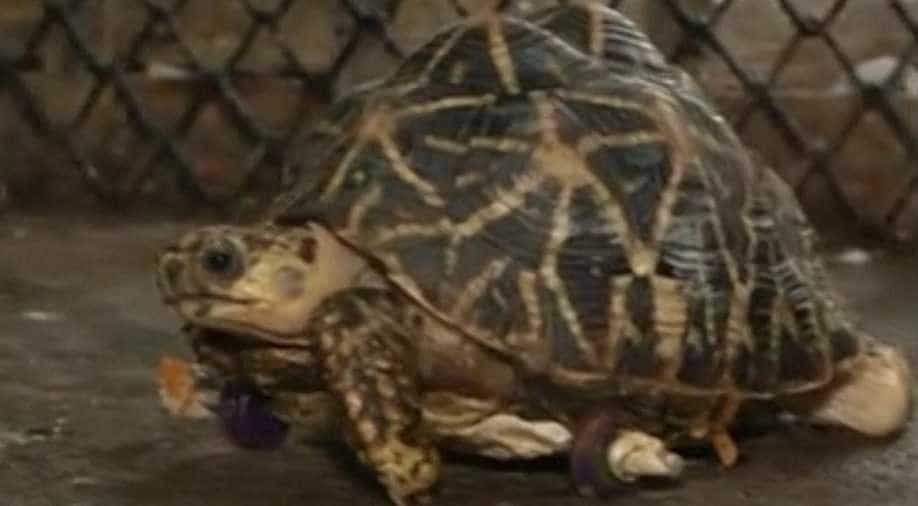 Follow Us
A turtle in a zoo in India's southern Tamil Nadu state has been fitted with wheels after it lost one of its front legs in a suspected predator attack.

The two-year old female star turtle, an endangered species, was seriously injured and faced difficulty moving around. It had even stopped consuming food.

The veterinary doctors at the zoo then thought of the novel idea of fitting wheels on her.

They made it a point to use lightweight material, including wheels used for rolling windows and a light steel rod, in order to make movement easy for the turtle.

"We had a small plan of a prosthetic involvement already," Dr. Boon Allwin said on Thursday. "So what we did was we used special window wheels with a stainless steel grid. We pasted the entire lot on the vental surface of the tortoise using an epoxy non-irritant compo. So the moment it was pasted and the moment the surgery was done the next second the tortoise started walking. It has been doing very good,"

Allwin added that an upgradation of the wheels was on the cards.

The turtle can now be seen freewheeling around and is probably the fastest of all in its enclosure.
(Reuters)