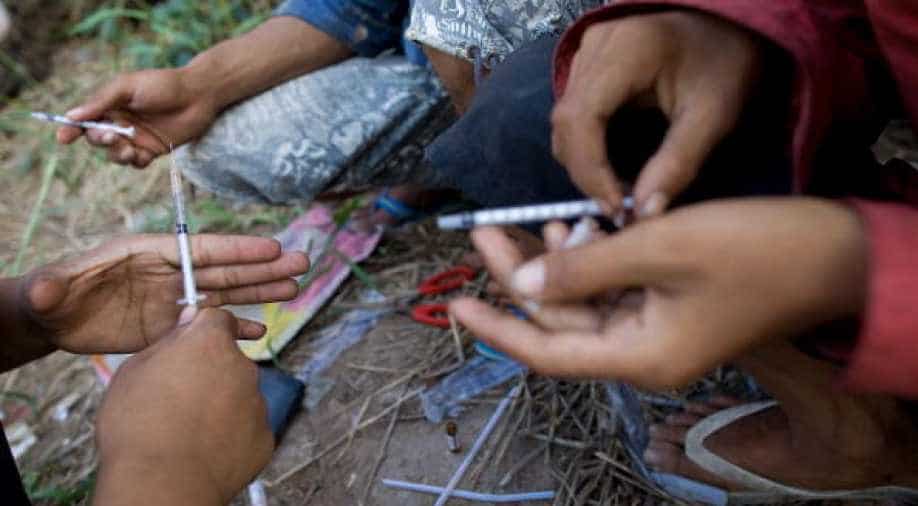 The court ordered the government to 'evolve a national action plan within six months'. Photograph:( Getty )

India's top court on Wednesday ordered the government to come up with a plan to tackle child drug abuse, acting on a petition from Nobel Peace laureate Kailash Satyarthi's child rights group.

With government figures showing almost 20 per cent of addicts in India are under 21, the Supreme Court said more needed to be done to educate young people about the dangers of substance abuse in India.

It said the government should conduct a national survey to determine how widespread the problem is, and include education about drugs in the school curriculum.

"Trafficking and drug abuse, inherently linked to each other, are the most prevalent forms of organised crime in the world," said Satyarthi in response to the judgement.

"This petition was filed to ensure that children are provided with a better, more healthy childhood," he said in a statement.

Satyarthi's Bachpan Bachao Andolan (Save Childhood Movement) filed the petition before the Supreme Court in 2014.

The child rights group asked the court to order the government to create rehabilitation centres in each district of India, with a special wing for children.

It also urged a national action plan on substance abuse, to include counselling and rehabilitation.

Bachpan Bachao Andolan activist Bhuvan Ribhu said millions of children are hooked on drugs, many of whom later turn to dealing to fund their habit.

Experts say peer pressure and academic stress are driving children to drugs, but there is scant data on the scale of the problem.

"We can find solutions to a problem only after determining the severity," Ribhu told AFP, calling it a "landmark judgement".

A 2013 report by the National Commission for the Protection of Child Rights estimated 40-70 percent of India's 18 million homeless children were exposed to some form substance abuse.

Many of them started taking drugs as young as five years old, the report found.

It estimated almost one in five of India's drug and alcohol addicts in 2011 were under the age of 21.