The chaotic world of the Aadhar card 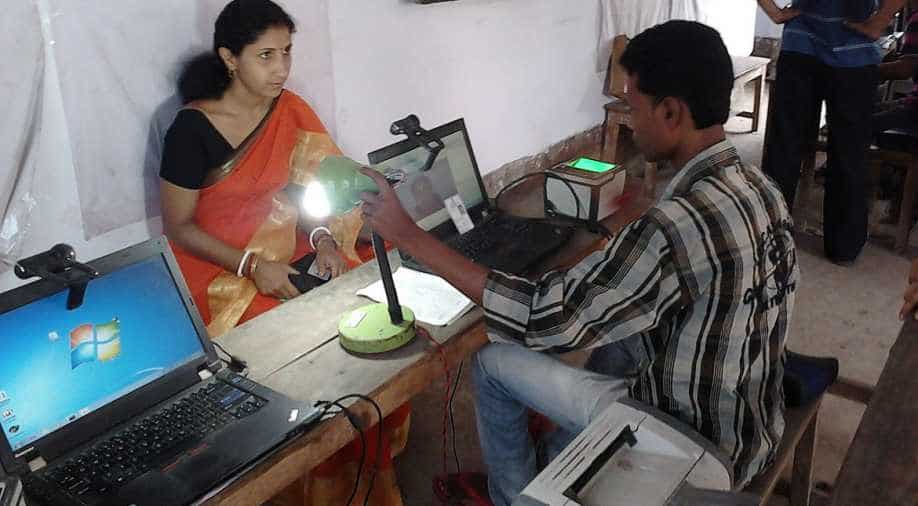 Almost 99 per cent Indians have already enrolled for their Aadhar cards issued by UIDAI Photograph:( Others )

Prima facie, it looks like any other government establishment. It does not even purport to be any different, relying predictably on glass and wood decor. What goes on inside here, however, is what makes this Connaught Place office unique. The third floor of Jeevan Bharti building, in the heart of New Delhi, houses the UIDAI headquarter. Engendering fierce debates over privacy and related issues, India’s citizen unique identity assignation programme has emerged as the world’s largest biometric identification programmes. As per the latest records, almost 99 per cent Indians have already enrolled for their Aadhar cards issued by UIDAI.

I stepped inside this office wearing the very visible robe of privilege. The effectively air-conditioned office kept the heat, and despair, away. Apart from the usual bureaucratic activity, the office was abuzz with demands from the “who’s who” of the country helping their friends and family get enrolled. With my four-year-old Aadhar card resting pretty in my wallet, I soak in the environment.

With the forthcoming rolling out of “Aadhar Pay,” an Aadhar linked biometrics based payment system, misuse of personal and biometric data may have serious financial implications.

One of the officials proudly shared how 1.2 billion Indians now have their cards. Except they don’t. Our tete-a-tete was interrupted by a telephone call. The caller was complaining about the non-delivery of Aadhar card. Our friendly official tried to assuage this concern by sharing how the e-Aadhar was equally valid. It is the number that matters. The caller, on the other hand, refused to be mollycoddled. Perhaps her bank had given her an ultimatum. Demonetisation seems to have imbued the banks with demonic powers.

This 10-minute long conversation told a sordid tale of how India has a rare talent of poorly executing even the best laid out plans. The friendly official told the hyperventilating caller that UIDAI was not responsible for postal delays. There were several complaints resting on his table in this regard. Alright then, it is one government establishment pointing at the inefficiency of another!

Interestingly, the passport division does not have many such complaints. Is money spent by the applicant for procuring different documents a factor in their respective service delivery? It should be noted that the Aadhar applicants pay nothing to get enrolled.

Non-delivery and delays are, however, only the tip of the iceberg. The anti-Aadhar activists have been raising alarm over the possibility of data theft and related privacy concerns. The chinks in the data security fabric of UIDAI are seen as the fountainhead of inescapable state surveillance and identity theft related crimes. With the forthcoming rolling out of “Aadhar Pay,” an Aadhar linked biometrics based payment system, misuse of personal and biometric data may have serious financial implications.

The friendly official, however, said that people are opposing Aadhar more vehemently now than ever before because of it being linked to their banking and taxation footprints. Financial misdemeanours shall now be easily traceable, making it difficult for the culprits to get away. “In India, people are habituated to oppose any new thing that may cause them even slightest inconvenience,” he said.

Before I could draw his attention to the 2015 security breach in the US wherein 21.5 million government employees’ records were hacked and 5.2 million fingerprints copied, the phone rang again. This time it was the PSO of a senior bureaucrat. Some relatives needed to be enrolled without having to stand in the queues at the Aadhar centres.

UIDAI will store personal data for seven years. The very thought causes one to shudder given Indian government’s poor track record on cybersecurity. However, in a statement made last month UIDAI assured, “There has been no incident of misuse of Aadhaar biometrics leading to identity theft and financial loss during the last five years when more than 400 crore Aadhaar authentication transactions have taken place.”

Is this, then, all about resisting a state sponsored web of citizen surveillance? The friendly official certainly thinks so. “What is wrong in the government knowing about our credits and debits? As salaried personnel, our earnings, tax deductions, and expenditures are on record anyway. Only those who have something to hide are worried about this step towards bringing in more transparency,” he said.

But what about the government’s commitment to transparency? How can an Aadhar card holder know whether his data is safe with the government? Is it enough to have the Standardisation Testing and Quality Certification directorate under the Ministry of Electronics and Information Technology give out the “your data is safe with us” declarations? How does a common citizen, whose experience with most government offices is less than pleasant and satisfactory, believe that experts are dealing with her identity? After all, there are records of Aadhar cards being mistakenly issued to not only pet and stray animals but also deities.

Our friendly official in the UIDAI headquarters can only go thus far and no further when it comes to instilling confidence about Aadhar. Until the government takes visible strides in the realm of cyber security, Aadhar will continue to stand on shaky grounds. 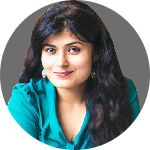