?Terrorism, beyond the poor and illiterate: Bangladesh case study 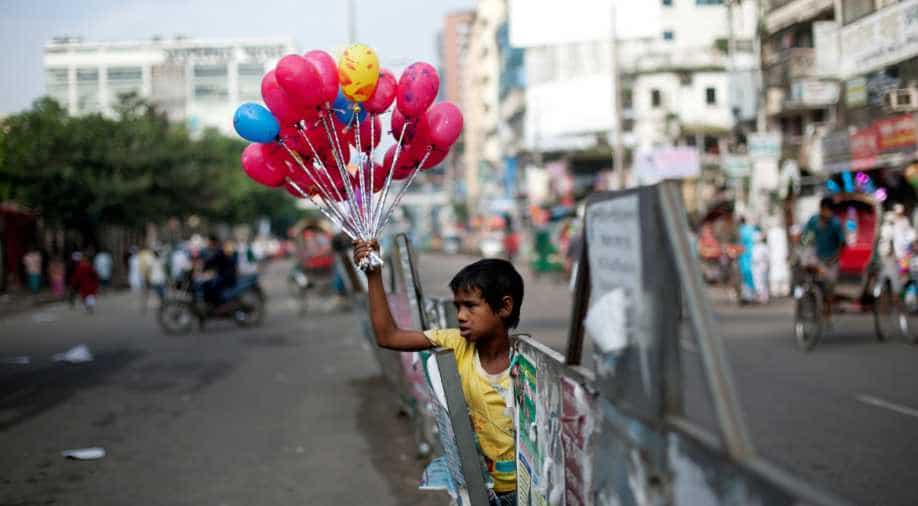 Representative picture: A young boy sells balloons outside the National Mosque during Eid-Al-Adha on October 16, 2013 in Dhaka, Bangladesh. Photograph:( Getty )

The typical assessment for militancy in Bangladesh has been a case of poverty and illiteracy. This year has seen suspects with diverse identities and ones that have until recently been unsuspected.

Former defence personnel, educated youths and women are among members that have shocked people about the avenues of terrorist recruitment.

The diversity of profiles that has become more apparent now is a result of an ideological environment that has extended a moral license to radicalisation.

While security forces are on an all-out effort to crack down on militants in the country, Bangladesh is experiencing newer levels of extremism.

The chief of Al-Qaida’s local affiliate Ansar Al Islam is Syed Ziaul Haque, a former major who was sacked from Bangladesh Army in 2011. Dhaka’s counter terrorist forces killed Jahidul Islam, another former major, who was one of the leaders of Neo Jamaatul Mujahideen Bangladesh.

There are youths from educated and affluent backgrounds joining terrorist outfits. This first came to prominence through the July attack at the Holey Artisan Bakery in Dhaka, where at least three of the attackers came from top universities and schools.

The latest revelation for Bangladesh is how women have joined militant outfits to become suicide bombers.

The latest raid at Ashkona in Dhaka on December 24, titled “Operation Ripple 24”, revealed how terrorists have motivated female members into becoming suicide bombers. While two suspected female militants surrendered to the police during the raid, one of them blew herself up. This is the first time Bangladesh has seen radicalised women go to such an extreme.

Security forces say that most of the Bangladeshi female radicals were influenced by their husbands and that they did not voluntarily become radicals. That is still a considerable threat. Expanding tribes through kinship in the Chinese dynasties has been a political strategy to keep supremacy as early as in 1500 BC. Such practice has evolved among political parties, even in Bangladesh.

WION has learned from investigators that contrary to the belief that the female jihadists became radicalised under pressure of their husbands, there are also those such as Jebunnahar Shila, wife of deceased militant Jahidul Islam, who is defensive about her extremist values.

“We need to recognise that the threat as we knew it has evolved quite substantially. The type of people who were attracted to militancy and the radical path in the past, the profiles of those individuals have changed a lot,” says Shafqat Munir, a research fellow with Bangladesh Institute of Peace and Security Studies.

“When we look at 2017, we have to acknowledge that the threat is substantial and various new kinds of people are getting attracted to radical ideology. So our countering violent extremism and counter radicalisation strategy have to be geared towards that,” he tells WION.

Investigators are saying that youths devoid of the history and culture of Bangladesh are more susceptible to radicalisation. As a result, although there is no one theory explaining what is motivating the youths irrespective of their socioeconomic backgrounds to become radical, clearly the access and exposure of extremist ideologies have become more pervasive.

No militant attacks have occurred since July in Dhaka, but the tension is no longer local. Under cover of religious virtues, terrorism seeks to lend local and personal grievances a global perspective. There is an awkward silence in the atmosphere, where security analysts fear that the possibility of more attacks cannot be ruled out.