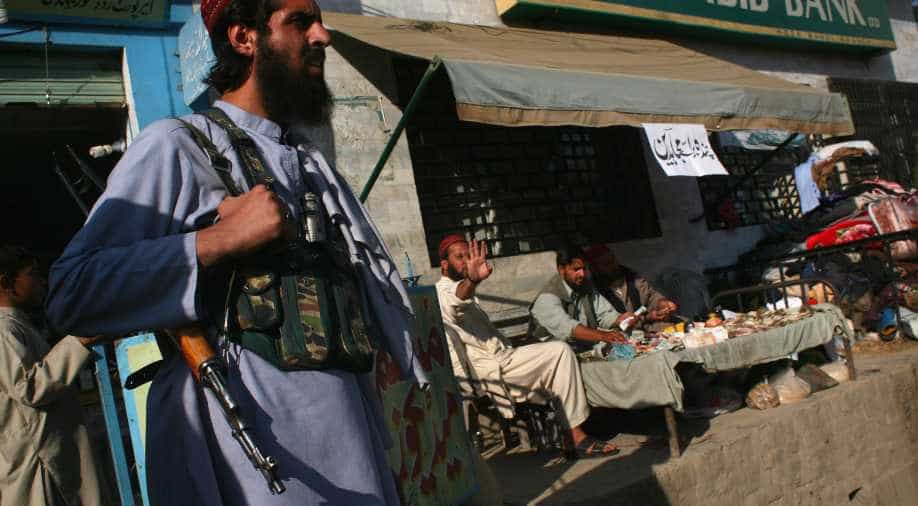 The village was quiet as a ceasefire between militants and Pakistani security forces held for a second day. The ceasefire followed four days of fighting that left up to 100 people dead, mostly militants, according to the government. Photograph:( Getty )

Follow Us
The Taliban killed at least 16 people and kidnapped dozens of others today after pulling them from buses in northern Afghanistan in the latest assault since the insurgents named a new leader last week, officials said.
The Taliban have so far not commented on the incident in Aliabad district in the volatile province of Kunduz, where the insurgents briefly overran the provincial capital in a stunning military victory last year.
"The Taliban shot dead 16 passengers and they are still holding more than 30 others," said Sayed Mahmood Danish, spokesman for the governor of Kunduz province.
Police commander Shir Aziz Kamawal gave a death toll of 17.
"They (Taliban) have released some passengers but are holding many others. None of the passengers were wearing military uniform, but some may have been former police," he said.
The Afghan Taliban last Wednesday announced Haibatullah Akhundzada as their new leader, elevating a low-profile religious figure in a swift power transition after officially confirming the death of Mullah Mansour in a US drone strike.
Read in App