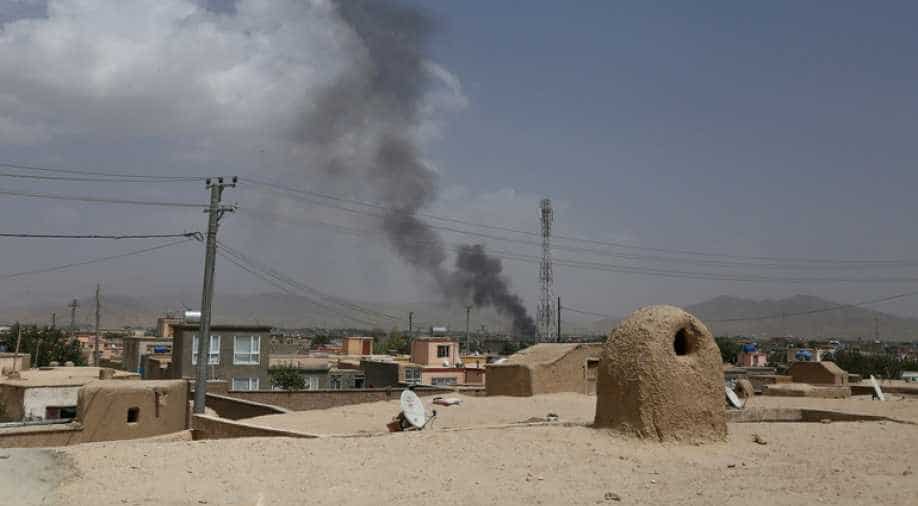 Smoke rising into the air after Taliban militants launched an attack on the Afghan provincial capital of Ghazni. Photograph:( AFP )

Four soldiers of the Afghan National Army (ANA) were injured in a suicide bomb blast outside a military centre in Kabul, the Interior Ministry's spokesman, Nusrat Rahimi, told Sputnik on Monday.

The attack occurred in Kabul's 19th police district, on the Jalalabad-Kabul highway, beside a recruitment centre and near an educational centre where the ANA conducts military exercises.

A suicide bomber allegedly blew himself up near a military training centre.

Pajhwok Afghan News reports two explosions and noted that a road near the incident is blocked.

(With inputs from Sputnik and ANI)