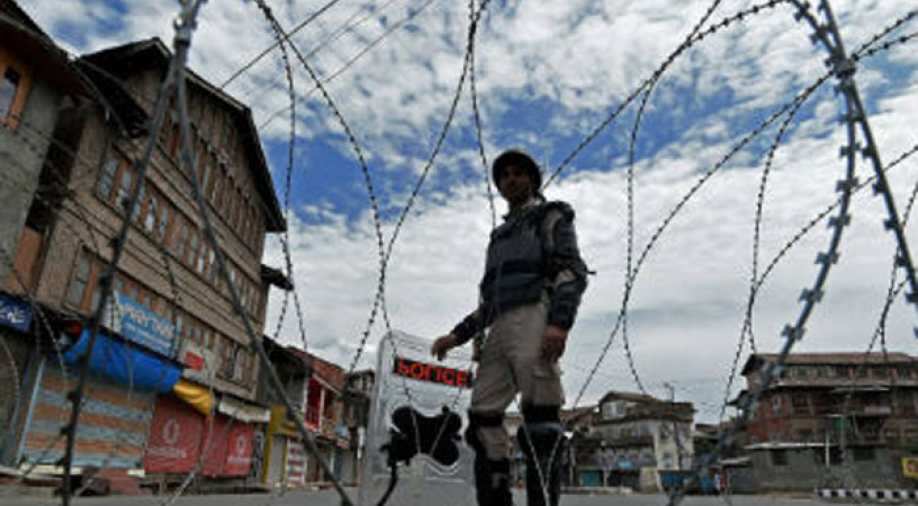 File photo of an Indian soldier in Kashmir, which has witnessed a rash of clashes in recent days, prompting shops, educational institutes and other business establishments to remain shut. Photograph:( Zee News Network )

Clashes erupted between security forces and students today after they took out a protest march against the alleged highhandedness of security personnel at a college in Pulwama in south Kashmir, the police said.

A number of students of Boys Higher Secondary School and Pulwama Degree College took out a joint march against the security forces action on April 15, a police official said.

When the march reached near Pulwama police station, some of the students threw stones at security personnel, who lobbed teargas shells to disperse them, the official said.

There are no reports of any casualty in the clashes, which were going on till reports last came in.

There were unconfirmed reports of some students hoisting Islamic State flags and pasting posters of Hizbul Mujahideen commander Burhan Wani, who was killed in an encounter with security forces in July last year, on the building of the degree college.

Meanwhile, shops and other business establishments were shut in the area in view of the clashes.

Incidences of civilian unrest following army operations against militants in Indian Kashmir have been rising, in what many analysts see as a sign of growing resentment in the disputed region.

Roughly 500,000 Indian soldiers are deployed in Kashmir, which has been divided between India and Pakistan since the end of British rule in 1947. Both claim the territory in its entirety.