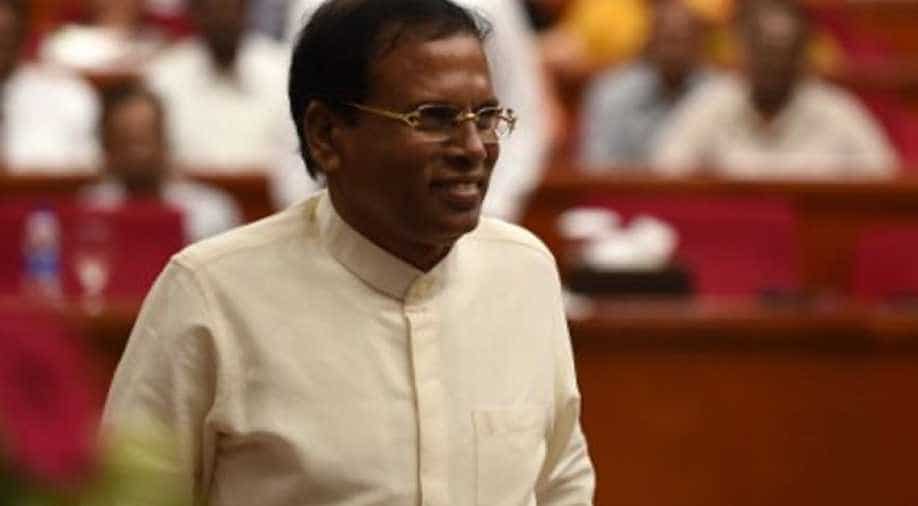 The new party of the former president wants Sirisena to dissolve the Parliament to hold fresh elections. However, the earliest a parliamentary election could be held is after February 2020.

The report quoting the party sources added that the Sri Lanka Freedom Party's policy-making Central Committee will have a crucial session Tuesday night.

"We will be analysing the current political situation and certain problems related to the party," Prof Rohana Laxman Piyadasa, the general secretary, said.

The meeting comes in the wake of a reported dialogue between Sirisena and his predecessor Mahinda Rajapaksa.

The new party of the former president wants Sirisena to dissolve the Parliament to hold fresh elections. However, the earliest a parliamentary election could be held is after February 2020.

It was reported that Sirisena and Rajapaksa had met due to the former's growing dissatisfaction with Wickremesinghe as the prime minister.

Rajapaksa had mooted the idea for a caretaker government replacing Wickremesinghe.

Piyadasa, however, said that caretaker government was not on the agenda for the meeting.

"We can still discuss it under the current situation."

The group of 16 of Sirisena's men who had left the Wickremesinghe cabinet are pressuring Sirisena to leave the government, party sources said.

They had written a letter to Sirisena a fortnight back urging him to take the SLFP out of the government. They left their Cabinet positions in April after they had voted against Wickremesinghe in the motion of no confidence which he easily won with support coming from the Tamil and Muslim minority parties.