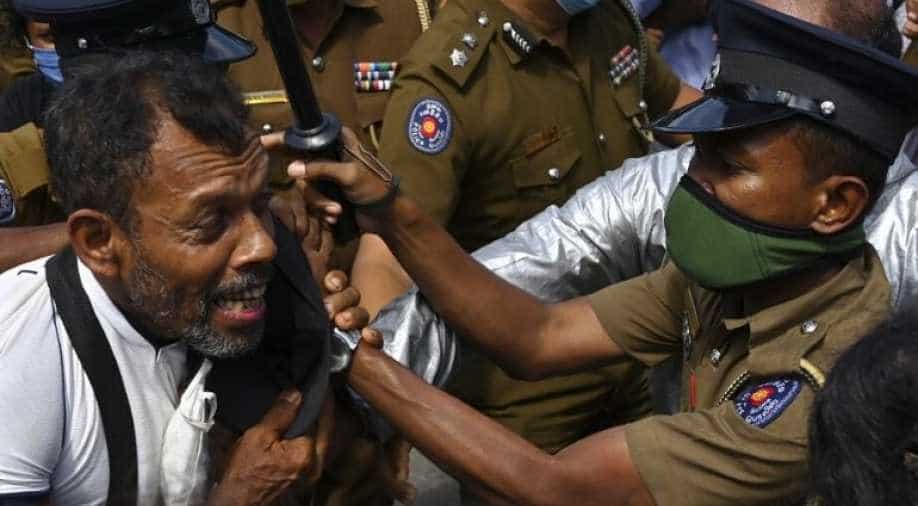 A Frontline Socialist Party (FSP) activist (L) clashes with police before been taken into police custody during a protest against the brutal murder of George Floyd Photograph:( AFP )

A Sri Lankan journalist working for The New York Times has said police raided her home and seized her laptop over the alleged kidnapping of a Swiss embassy staffer last year.

A diplomatic row erupted in late November after the Swiss embassy said the woman was abducted and sexually assaulted by unidentified attackers.

Her alleged kidnap came a day after a Sri Lankan police inspector investigating cases involving the powerful Rajapaksa family -- who returned to power in November -- sought asylum in Switzerland.

Dharisha Bastians -- a New York Times correspondent and former chief editor of the Sunday Observer, a local newspaper -- said that police raided her home in the capital Colombo last Tuesday.

"Five CID (Criminal Investigation Department) officials arrived at my residence in Colombo with a warrant to search the house... my computer was found, seized and sealed," she tweeted on Monday.

"As a journalist, I was horrified at the public exposure of my telephone records, which could seriously endanger and compromise my sources and contacts, then, now and in the future."

Police had alleged Bastians was in contact with the embassy staffer, who is on bail over government allegations that she fabricated her claims.

President Gotabaya Rajapaksa said in December her claims were concocted to discredit his election victory the previous month.

Bastians left the country after Rajapaksa came to power.