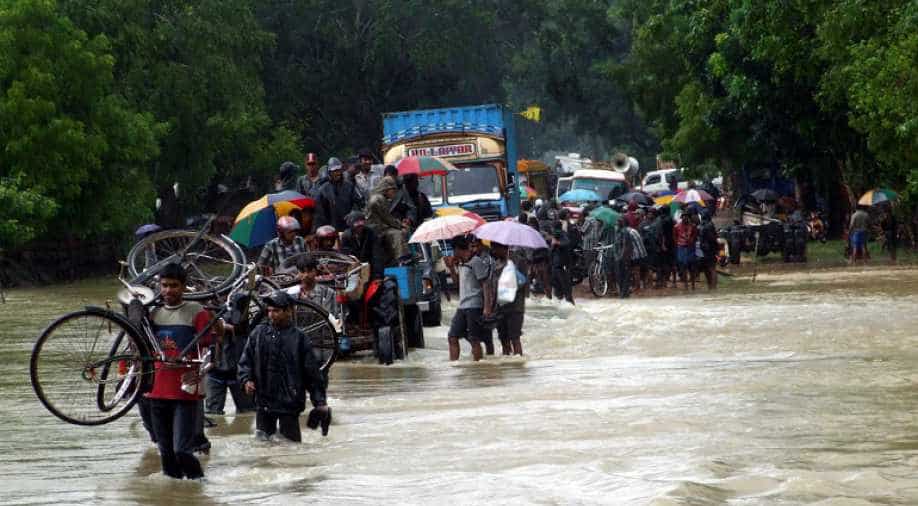 Flood waters were receding in the worst affected districts of Ratnapura and Kalutara but the authorities said cleaning up operations could take weeks. (Image source: Wikimedia Commons) Photograph:( Others )

The number increased with the discovery of more bodies of people buried in landslides, the DMC said.

The DMC further said that 104 people were still listed as missing and that another 88 remained in hospital.

Half a million Sri Lankans have been displaced by the island's worst flooding in more than a decade.

The air force has deployed a dozen aircraft for mercy missions to evacuate marooned villagers as well as carry food and other essentials to the affected areas.

The government said relief operations had intensified over the weekend following a break in the monsoon rains.

However, the meteorological department said it expected more rain on Monday and Tuesday that could hamper relief operations.

Floodwaters were receding in the worst affected districts of Ratnapura and Kalutara but the authorities said cleaning up operations could take weeks.

Nearly 2,000 houses were damaged or destroyed.

The Indian military has deployed helicopters, boats and amphibious vehicles to distribute aid pouring in from residents in areas unaffected by the floods.

The flooding is the worst since May 2003 when 250 people were killed and 10,000 homes destroyed after a similarly powerful monsoon, officials said.