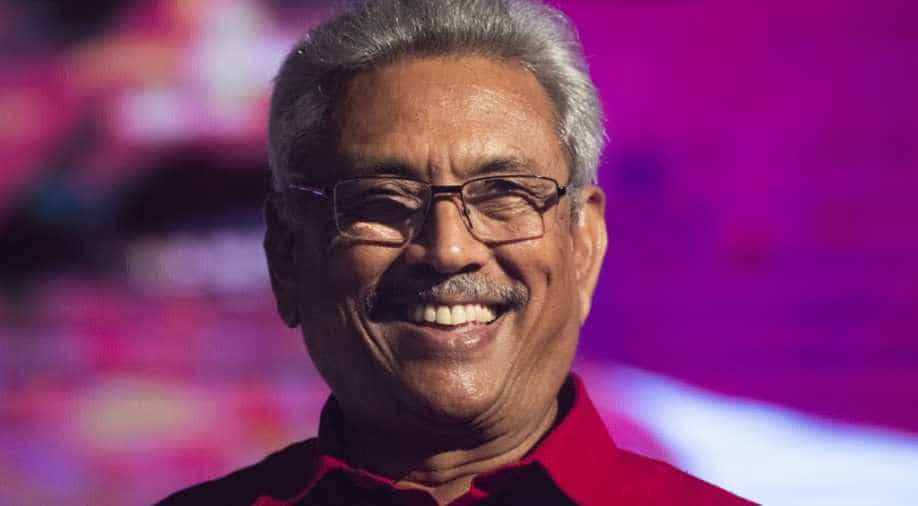 The entire country is demanding the removal of the Rajapaksa clan and President Rajapaksa from power in Sri Lanka. Photograph:( AFP )

Political parties and independent groups can file nomination papers later this month and the first session of the newly elected parliament has been scheduled for May 14, the official said quoting from the presidential decree.

Gotabaya Rajapaksa received the power to dissolve the 225-member legislature as it completed four-and-a-half out of its five-year term on Sunday.

"We have received a formal notification dissolving parliament and setting out the election calendar," an Election Commission official told AFP.

He said the notice was to be published in the government Gazette later Monday.

Political parties and independent groups can file nomination papers later this month and the first session of the newly elected parliament has been scheduled for May 14, the official said quoting from the presidential decree.

Rajapaksa, 70, won a landslide at November presidential polls and appointed his older brother and former president Mahinda as prime minister, consolidating their hold on power.

Mahinda, who had been president twice and the prime minister three times, is expected to lead his Sri Lanka Podujana Peramuna (SLPP, or People's Front) party to a comfortable victory at next month's polls.

Political commentators have said it would be a formidable challenge for the opposition to prevent Rajapaksa securing a two-thirds majority which will allow him sweeping powers to govern the nation of 21 million people.

The United National Party (UNP) of former prime minister Ranil Wickremesinghe has been plagued by a debilitating internal power struggle.

The Rajapaksas are adored by the Sinhala-Buddhist majority -- but loathed among minority Tamils -- for spearheading the defeat of separatist militants in 2009 to end the island's 37-year ethnic war.

Prime Minister Rajapaksa announced last month that the country was withdrawing from a UN resolution investigating alleged war crimes in 2009, a move that was seen as boosting his popularity with the Sinhalese majority.

Rights groups accused the army of killing at least 40,000 Tamil civilians in the final months of the conflict, a charge Colombo has denied.