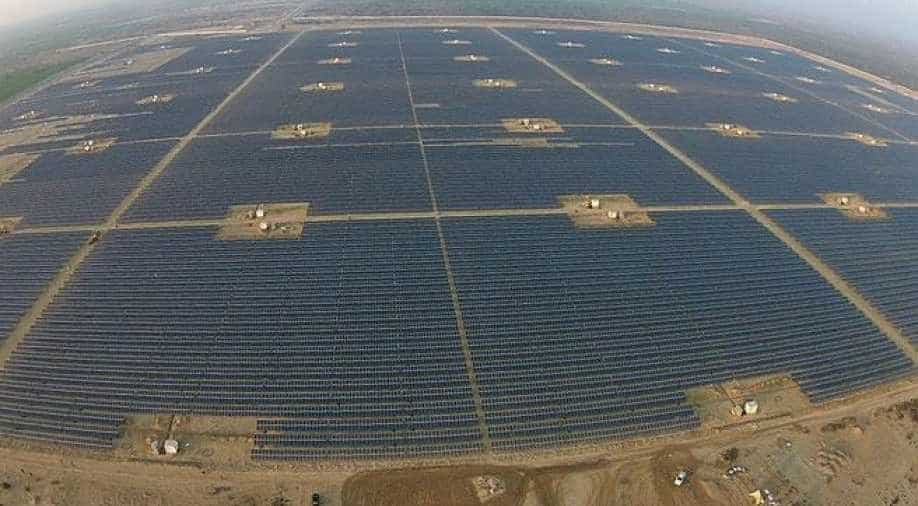 The Quaid-e-Azam Solar Park in Pakistan

To meet their ever-growing energy needs, countries in South Asia are focussing on renewable energy in the long run. Some are also turning to nuclear power to bridge existing energy deficits in the short run.

India, Pakistan and Bangladesh, the three biggest economies of South Asia, are all on a growth trajectory. They grew by 7.3, 4.24 and 6.5 per cent respectively in 2015 (World Bank). The International Monetary Fund estimated that the world’s Gross Domestic Product (GDP) grew by 3.1 per cent in the corresponding period. Since sustained economic growth is inextricably linked to energy security, these countries need to take urgent measures to increase power generation, expand grid mapping and to check transmission losses. India and Pakistan have embarked on ambitious programmes of meeting their energy security needs by reducing dependence on conventional (fossil fuel dependent: oil, coal, gas) energy. And both New Delhi and Islamabad have placed the emphasis on tapping renewable and nuclear energy to achieve their goals. Bangladesh has modest renewable energy plans. It has steered clear of nuclear energy thus far. This is the way to go.

According to the Indian Ministry of Renewable Energy, the country has plans to increase the contribution of nuclear power to overall electricity generation capacity (also called installed capacity) from 3.0 per cent to 9 per cent by 2035. New Delhi aims to draw 25 per cent of its total electricity supply from its nuclear power plants by 2050. India’s nuclear power generation is by and large dependent on imported uranium. But due to earlier sanctions and lack of substantial uranium reserves, it has put a lot of resources to develop a unique nuclear fuel cycle to exploit its copious thorium deposits. However, the reactor is an experimental one and it will be a long while before it can be scaled up.

India targets to achieve 40 per cent of total power generation capacity from renewable sources, mainly solar and wind, by 2030. This would translate to around 3,50,000 Megawatts by 2030. Clearly, in the long run, the Indians are hedging their bets on the renewable path.

The picture is strikingly similar in Pakistan which grapples with six to eight hours daily power outages in its cities. Islamabad plans to construct 32 nuclear power plants by 2050. The Nuclear Vision 2050 document states generation of more than 40,000 Megawatts of nuclear power by 2050 which translates into 15 per cent of the projected capacity.

The last Pakistan government in power announced that by 2030, almost 50 per cent of the country’s installed capacity would come from renewable sources. The Quaid-e-Azam Solar Power Plant which is being built with Chinese help has been a step in the right direction. The largest solar project in the world, as Ecowatch calls it, started selling electricity to the grid in 2015. When completed in 2017, its installed capacity will touch 1000 Megawatts, according to China Dialogue.

Bangladesh has set a target of getting 3168 Megawatts of renewable energy installed by 2021 which will account for 10 per cent of its total capacity, according to the country’s Power Ministry.
On the surface, it is surprising for countries, ranked medium to low in terms of human development indices and per capita GDP, to opt for the expensive renewable highway. Renewable power projects are many times costlier to build than nuclear ones.

The cheapest power station to build are the ones which run on coal, oil and gas. But their operational costs are the highest and vary according to price fluctuations in international crude and coal markets. It is unsustainable in the long run and does not help in reducing carbon emission.

Nuclear plants are many times expensive than those running on fossil fuels. But they are several times cheaper than solar or wind energy stations and require less space.

But its operational cost in countries like India and Pakistan is not nominal as the reactors use expensive fuel such as uranium or plutonium which need to be imported. Alongside, nuclear plants require the most rigorous safety and maintenance standards which involve high costs.

And in case of an accident at the plant in a country as densely populated like India, the financial and humanitarian cost may assume monumental proportions. The passing of the Nuclear Liability Act by the Indian Parliament in 2010 effectively absolved the reactor-selling nations such as Russia, France or the US of any liability in case of an accident. This is a gambit that goes horribly wrong when it does.

There was widespread opposition to ratification of the Nuclear Liability Act. Protests even spread to rural pockets leading to clashes between agitators and policemen. But India’s energy demand doubled between 1991 and 2011 and the government pushed the pedal.

Renewable energy projects cost a bomb but are the cheapest to run. They have zero raw material costs, negligible maintenance costs and zero carbon emission. And last but not the least, in case of any critical failure, they do not endanger the lives and livelihoods of thousands or pose a threat to the natural environment.
As technology advances and economies of scale kick in, and they are scaling rapidly, the costs will come down.

Ideally, countries in South Asia must collaborate, taking into account each other’s strong points to offset the high costs of renewable power projects. For example, cement and other construction materials in Pakistan are cheaper than India. In technology components, India enjoys a cost advantage because of the economies of scale. The countries in the region are already discussing buying from and selling electricity to each other. It would be a good idea to involve Nepal and Bhutan as well. The point is to take the ‘power’ equation in the region to the next level.

Tathagata Bhattacharya is Editor at WION digital (Web and Mobile). He is as enthused by newsbreaks as he is by jazz, single malt, mountains and literature.