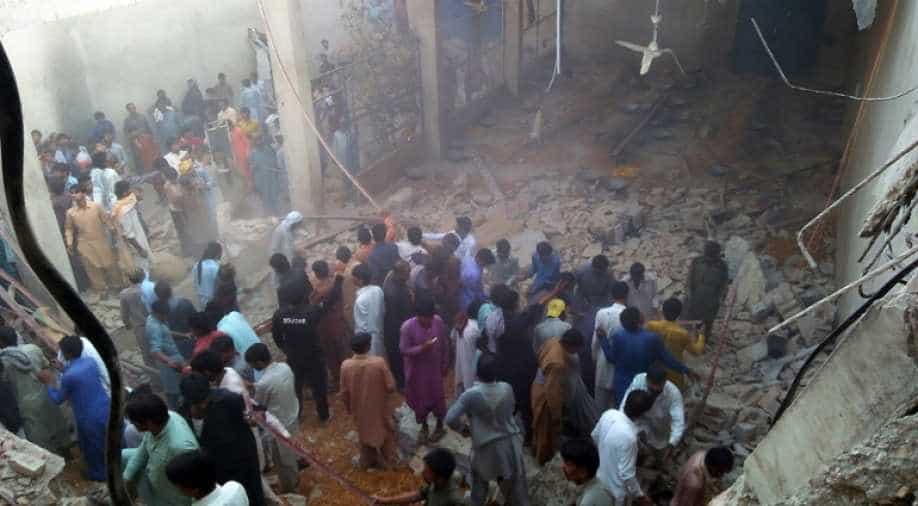 Pakistani residents and volunteers search for victims in the debris of a collapsed warehouse in Rohri district of Sindh province, 450km north of Karachi. Photograph:( AFP )

Eleven people were killed and nine injured when the roof of a warehouse collapsed onto workers in southern Pakistan on Wednesday, officials said.

Six women and two girls were among the dead in the incident in Rohri district of Sindh province, 450 kilometres (280 miles) north of Karachi.

"The labourers were busy processing dates in the warehouse when the roof collapsed," a senior local administration official Rahim Bukhsh Meethlo said, confirming the toll.

He said an inquiry has been ordered to ascertain the cause of the incident.

Roof and building collapses are common across Pakistan mainly because of poor safety standards in the South Asian country of 200 million.

At least 24 people died in 2014 when a mosque collapsed in the eastern city of Lahore, while more than 200 people lost their lives, mostly due to collapsed roofs, following torrential rain and flooding the same year.

In November 2015 some 45 workers were killed and more than 100 were pulled alive from the rubble after the four-story Rajput Polyester polythene bag factory came crashing down in Lahore.