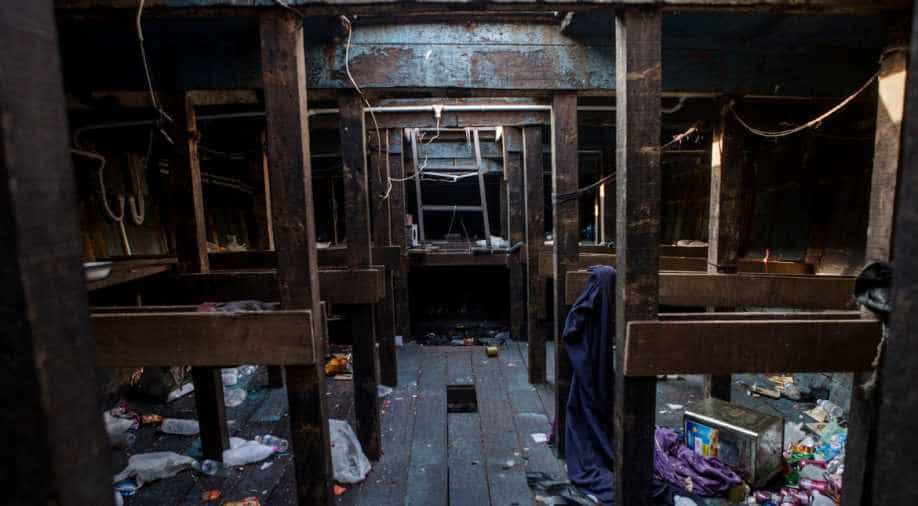 Follow Us
It was probably the longest and most treacherous walk Nizamuddin had ever taken in his life, but he was fleeing death and somehow the distance became inconsequential.

Walking westwards over mountains and through jungles was his only chance at survival.

Like all Rohingyas Muslims, he comes from Rakhine, Myanmar's western coastal state. The violence being meted out to his community in the Buddhist majority country left him with no option but to escape, leaving behind his wife and children, to first save his life.

"I walked for one night and one day through?mountains,?jungle and?paddy fields. Then I rode in a small paddle boat to reach Bangladesh. It was the first time I had set foot in another country. I did not know the language, I had no passport, no legal documents. I was scared,” recalls Nizamuddin, chairman of the Delhi-based Rohingya Refugees' Committee.

After reaching Bangladesh in 2012, he lived for five months in a small hut in the seaport city of Chittagong, surviving one day at a time.

Nizamuddin did not feel safe there, he was an illegal immigrant, and he could be arrested any time.

“I tried to return to Myanmar. I was worried because my three small children and my wife were still there and their lives were in danger. They wanted to join me in Bangladesh, but I myself was unsafe. How could I bring my children there? I thought it would be better if they died in Myanmar. At least there they could get a proper burial. Nobody would even help bury them if they died in Bangladesh.”

India emerged as an option while speaking to other Rohingyas stranded in Bangladesh. That seemed the only way out of the precarious lives they were leading. Once in India, he could apply for the refugee card issued by the United Nation High Commission for Refugees (UNHCR). A document that would end his status of being an illegal immigrant. That opened up the possibility of applying for a long-term visa.

Nizamuddin decided to take his chance -- he left his hut and reached the border.

"There?were?some agents there and we had to pay them. I paid 7,000?Takas?(roughly $90) to reach India. Later, I told my wife how to join me. I hired an agent and my family also came to India."

Nizamuddin has been officially recognised as a refugee now and holds an UNHCR card.

His is not a one-off story. A majority of the 36,000 Rohingyas currently living on Indian soil followed a similar route.

In 2012, they fled Myanmar to reach Bangladesh, and after living hand-to-mouth for a while, they took their chance to cross the Indian border. At every crossing point they paid money that added to the fortunes of an underworld of agents profiting from their crisis.
"Everybody?had to pay,"?says Ali Khan, 29, a refugee also living in Delhi.

He was among the one million Rohingyas who fled Myanmar after the outbreak of violent anti-Muslim riots in the country in 2012.
“I had to leave and there were only two ways for me. One was to Malaysia by boat and the other to India over land. I chose India as trying to cross by boat is very dangerous,” he recalls.

Cross-border smuggling, be it of humans or goods, has always been a lucrative activity, and so it has been during the Rohingya exodus.

Sometimes the price quoted for a crossing into India went up to $500 like in the case of Naseen Akhtar, a rice farmer from Myanmar.
Akhtar had to sell-off some family gold to afford the crossing.

As per personal testimonies recorded by this correspondent, the majority had to pay between $100 and $140 for the trip to India. A rough calculation points to a black-money circuit worth more than $3.5 million, a part of which has definitely ended up in the pockets of the personnel guarding the checkpoints at the international border between India and Bangladesh.

A hundred dollars may not seem like a prohibitive amount to some, but it is a matter of perspective. For someone without a steady source of income for months, putting together this money can become a struggle – one marking the difference between life and death.
In South Asian countries, often, even a salary is not enough and millions of working households survive with less than $2 a day.

In Bangladesh, a filling meal in a good restaurant with air conditioning costs about $3. A meal on the roadside, comprising rice, vegetables and daal (lentil soup) can be had for roughly $1. A kilogram of average quality rice is priced at nearly 50 cents.

The exodus of Rohingyas from Myanmar took place in 2012, a point of no return for the Muslim citizens of the Rakhine region.
Violence broke out following rumours that some Muslim men had allegedly raped a Buddhist woman.

Then president Thein Sein declared a state of emergency.

In the following months, more than 90,000 fled their homes and 2,000 buildings, including mosques and temples, were destroyed. The wave of inter-religious clashes devastated the social fabric of the region, bringing to an end the rather pacific?coexistence?between the Buddhist majority and the?Muslim?minority.?

Myanmar president declared that Rohingya Muslims were not welcome any more in the country, stating that “the only solution is to hand them over to the UNHCR or resettle them in third countries that are willing to take them”.

“I had no choice. If it was not for the agents, I could not have brought my children to India. They helped save my life,” says Nizamuddin. Clearly, at times of crisis, actions are judged differently.

Agents at the international borders make economic profit out of a humanitarian crisis, something that can hardly be defined as help. But when life is in peril, survival becomes the only priority, and judgement starts following different parameters.

When one flees a country to escape violence, crossing the border alive and free is what matters the most. In the eyes of the one fleeing violence, the agent becomes someone who “helps” and not some who “exploits”.

“I know these people are not good, but we had no other option for saving our lives. As far as I am concerned, they have helped me,” says Nizamuddin.

The 2012 riots did not take place all of a sudden or because of a chance flare-up of communal discord. There is a historical context to it and life has never been easy for the Rohingyas in Myanmar.

Historically, they have been treated as foreigners in their own country, unwitting victims of ethnic origin being used for political ends. ?

Over the years, the ?military Junta has supported the?nationalist narration that defines Rohingyas as Bangladeshi immigrants rather than?as a?native Myanmar ethnic group, mainly to keep the Buddhist?majority happy.

They were issued? only temporary identity cards and were not allowed to move freely in the country. Even getting a child enrolled in a government school or applying for a government job was a tough task.

Historians have been - and are - trying to understand the origin of the Muslim presence in the state of Rakhine, but whatever the conclusion, the Rohingya identity is a fact today.

The ?newly elected? democratic?government?is not willing to admit this and chooses to persist with the nationalist?narration.

She ?recently requested ?several foreign? diplomatic ?missions?in the country ?to ?stop ?using the ?term? Rohingya ?for what she believes is a Bangladeshi minority.

With the Myanmar government not recognising them as citizens, it is always hard for the Rohingyas to prove their identity.

Many give in and end up accepting a vulnerable life as illegal immigrants on the margins of society. A life with little or no hope for returning to their country, their homes, their livelihoods, their fields.

After all this is what being a refugee means: living a life not of ones choosing, knowing what is left behind, but not what lies ahead. It's a life based on constant uncertainty where future is hardly a positive variable.

Future is a word that resonates more with anxiety rather than hope for a refugee like Nizamuddin. His children are growing up and they sometimes ask some simple questions. But the answers are not that simple to come by.

How do we stop the parade of gun deaths?