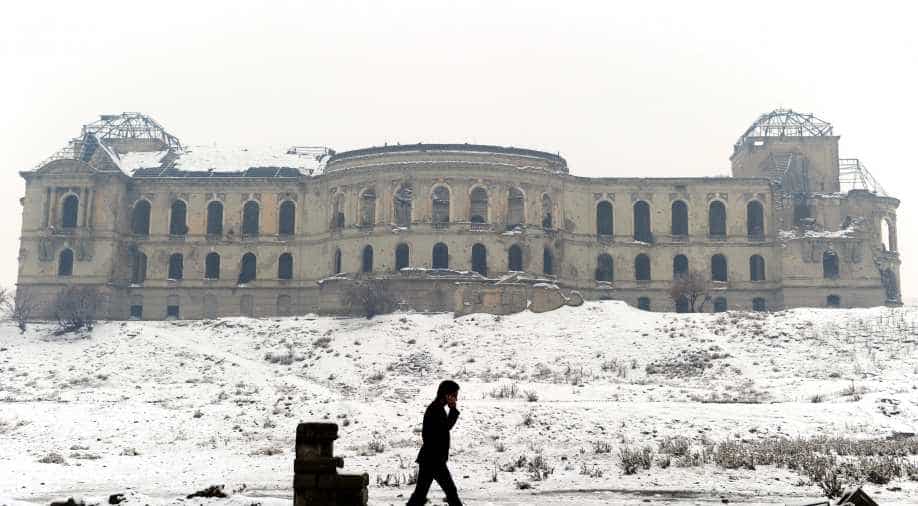 An Afghan walks past the destroyed Darul-Aman palace in the snow February, 5, 2010 in Kabul, Afghanistan. Photograph:( Getty )

The once-grand hilltop palace at the edge of Kabul was also the venue of Ghani`s cabinet meeting on Monday, the first such official gathering there in nearly a century.

The building`s lion-headed buttresses are broken, its colonnades pockmarked by bullets, the metal sheets of its roof crumpled.
Up to $20 million will be spent on restoring the former glory of the palace, built by Afghan King Amanullah Khan in the 1920s, Ghani`s office said, calling the project a symbol of national pride.

"Today we are returning to our past... to set the foundation for our future," Ghani said at the inauguration of the project.

"We are determined to reconstruct the historical structure from the budget of the Afghan government."

The palace fell victim to the carnage of the early 1990s as rival mujahideen groups fought for power following the fall of a Soviet-backed regime after Moscow withdrew its troops from Afghanistan.

Despite Ghani`s rhetoric, some in Kabul were against the restoration, however -- albeit for different reasons.
"I think it is a waste of money," Daud Hotak, a Kabul shopkeeper, told AFP.
"It comes at a time when the economy is in free fall and security is deteriorating. That money could have been spent to create jobs as thousands of people flee the country."

Omaid Sharifi, a civil society activist, also pleaded against the restoration, though from a different perspective.

President @ashrafghani keep #DarulamanPalace like this, let's remind our younger generation the brutality of war pic.twitter.com/EzzYglMbhZ