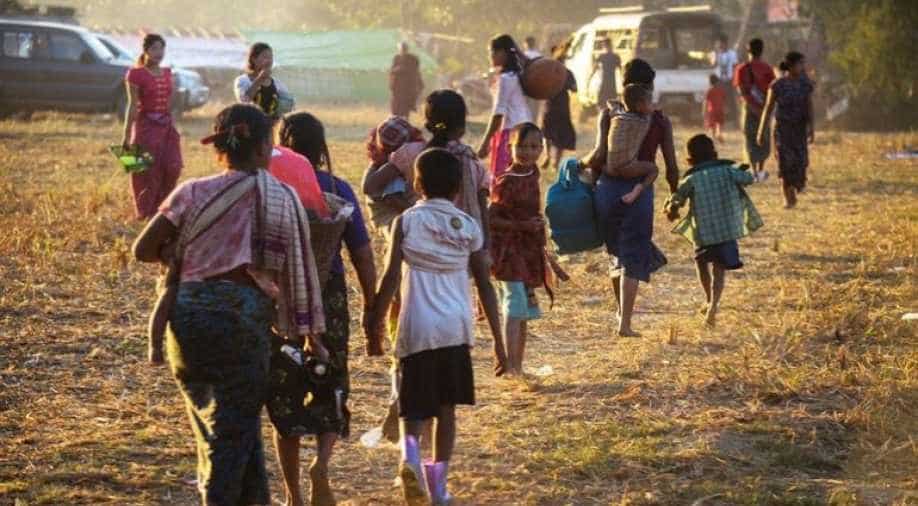 Myanmar's army has deployed thousands of troops to the state to try to crush the rebels.

The state-backed Global New Light of Myanmar said the bus -- travelling to the Rakhine state capital of Sittwe -- was flagged down by a man dressed in civilian attire before 18 rebels in sportswear emerged from the forest and ordered the passengers off at gunpoint.

"We are still following them," Colonel Win Zaw Oo told AFP, adding the insurgents may have mistaken the firemen for members of the armed forces.

The Arakan Army, which is fighting for more autonomy for ethnic Rakhine Buddhists, could not immediately be reached for comment.

Myanmar's army has deployed thousands of troops to the state to try to crush the rebels.

Rakhine state was also the site of a deadly crackdown that in August 2017 drove some 740,000 minority Rohingya Muslims into Bangladesh.

A UN fact-finding mission warned in a report published last month that some 600,000 Rohingya remaining in Myanmar still face a "serious risk of genocide".

The area on the Bay of Bengal is highly militarised and difficult for independent media and rights monitors to access.