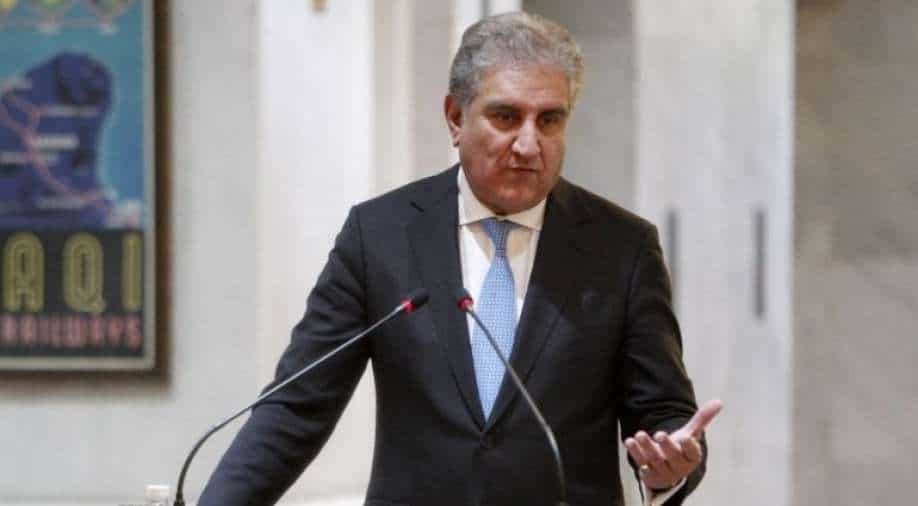 With the FATF set to discuss a report on the progress made by Pakistan on the implementation of a 27-point action plan this week, Foreign Minister Shah Mahmood Qureshi has alleged that previous governments did not take steps to curb money laundering and terrorist financing in the country.

The Paris-based Financial Action Task Force (FATF) placed Pakistan on the grey list in June 2018 and asked Islamabad to implement a plan of action to curb money laundering and terror financing by the end of 2019 but the deadline was extended later on due to the COVID-19 pandemic.

Mr. Qureshi said on Tuesday that the previous government of Pakistan Muslim League-Nawaz (PML-N) was responsible for the country being placed on the grey list of the FATF, The Express Tribune reported.

Holding the PML-N responsible for the tough conditions set by FATF, he said that no previous government took steps to curb money laundering and terrorist financing.

The minister said that nations faced pressures in these situations so “we should (also) bear this pressure”.

Mr. Qureshi said Pakistan had fulfilled the 27 conditions of the FATF, therefore, “there are no grounds to keep Pakistan into the grey list. “The gift of the grey list was also given by the PML-N,” he said, adding: “Now there is no justification for keeping Pakistan into the grey list.” The statement came as the global anti-money laundering watchdog is set to discuss a preliminary report on the progress made by Pakistan on the implementation of a 27-point action plan in its plenary meeting being held from June 21 to 25.

The report has been prepared by the FATF's International Cooperation Review Group (ICRG), which includes China, the USA, UK, France and India.

Pakistan has been scrambling in recent months to avoid being added to a list of countries deemed non-compliant with anti-money laundering and terrorist financing regulations by the global watchdog, a measure that officials here fear could further hurt its economy.

In February, the FATF gave a fourth extension to Pakistan to fully implement a 27-point action plan and 'strongly urged' it to meet the remaining three conditions about terror financing investigations and the United Nations Security Council resolutions.

Against the government’s hopes of exiting the grey list, the FATF plenary found the country’s progress on three out of the remaining six points were less than satisfactory. Pakistan would remain on the grey list till June 2021, a statement issued by the FATF from Paris had said.