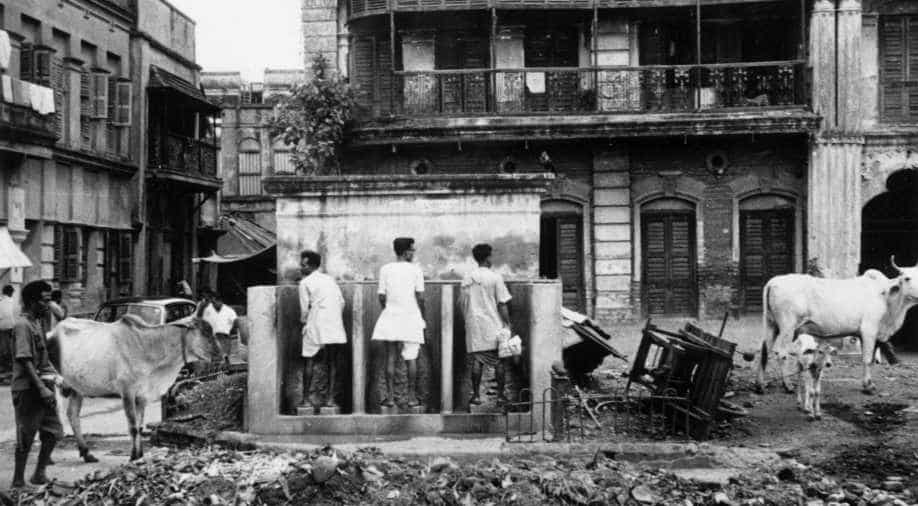 Follow Us
A few months after he was voted into office in May 2014, Indian Prime Minister Narendra Modi launched the Swachh Bharat Abhiyan or the Clean India Mission.
The campaign aims to clean up India's cities by the time Mahatma Gandhi's 150th birth anniversary comes round on October 2, 2019. Gandhi was big on cleanliness. “We can no more gain God’s blessing with an unclean body than with an unclean mind. A clean body cannot reside in an unclean city,” he wrote in the journal Young India in 1925.
The Clean India Mission also wants to put a stop to open defecation.
A billion people defecate in the open the world over. South Asia is among the worst offenders. In India 597 million people – or half the country – defecate in the open, 41 million do so in Pakistan, as do 15 million (that's more than half the country) in Nepal. Diseases like cholera, diarrhoea and typhoid, for example, is a natural outcome.
Prime Minister Modi kicked off his mission by picking up a broom and sweeping the road near Gandhi's memorial in Delhi. It is thought of as being one of his pet projects, but he is not going to find the going easy, as a short walk would tell him.
((insert picture of Modi with broom at Rajghat))
A stone's throw from his official residence, 7, Race Course Road, lies the Bhaiya Ram Camp slum. Of the 5,000 people who live here, 90 per cent do not have toilets in their homes and have to make do with 16 communal toilets. There are no sewer lines, open drains run through the camp and as many as 90 households share one tap.
The lack of sanitation is frustrating, says Jyoti, who lives in the slum. "The government claims that they have built a million toilets across India but I think the Clean India Mission is active only near their bungalows and not in our slums.”
Jyoti begins each morning with a 400-metre walk to the communal toilets. The toilets do not have running water so she carries a small bucket with her. There is no polite way to say this, but the toilets which Jyoti shows us, are filthy. And they smell.
Jyoti has had diarrhoea three times since last December.
That's not all. “The situation worsens at night. Women have been assaulted at night in the communal toilets. So if we need the bathroom after dark we go near the drains behind our homes,” says Jyoti. And adds, “We have to risk our dignity every time we want to go to the toilet. Why does nobody care about our dignity?”
Ministry of drinking water and sanitation secretary Parmeshwaran Iyer told WION that the government had built 13 million toilets since the start of the mission. "It is not a number's game. More important is to look at the shift in behaviour and mindsets.”
What he means is that the government might build toilets, but you still have to convince people to use them. That, he says, is going to be the difficult part of the Clean India Mission. “Today we have only 13 districts which are open defecation-free.” (India has a total of 688 districts.)
Mr Modi could still manage to pull off what even the Mahatma (the honorific means great soul) was not able to. But for that he will have to look for inspiration to his country's smaller neighbour to the east, Bangladesh, which in the past 15 years has virtually wiped out open defecation from its soil.
Only 1 per cent of Bangladesh's population today does not have access to toilets – the number was 42 per cent in 2003. Bangladesh did it by focusing intensively on education, information, and interpersonal communication, which means that they did not just build a toilet in every home, but also talked to and educated their populace on why they should be using toilets. They got non-governmental and other organisations like the World Bank, WHO (World Health Organisation), and UNICEF (United Nations International Children's Emergency Fund) to help. Somewhat more coercively, the government also encouraged the creation of social pressure and got it to bear on people to get them to change their toilet etiquette.
Iyer says they are doing the same thing in India. That all hands are needed on deck and that NGOs (non-governmental organisations) and civil society are being roped in.
Jyoti and her fellow residents at BR Camp say thank you and remind Iyer, and Prime Minister Modi, that not only will they have to build toilets but also maintain them. (They are somewhat upset that they seem to have been ignored while the rest of the country undergoes massive change.)
Less euphemistically and pointing to the overflowing toilets, the heaps of garbage lying around and the blocked sewers, Jyoti says: “The stench is unbearable, children have to walk through this everyday and our health remains at risk.”