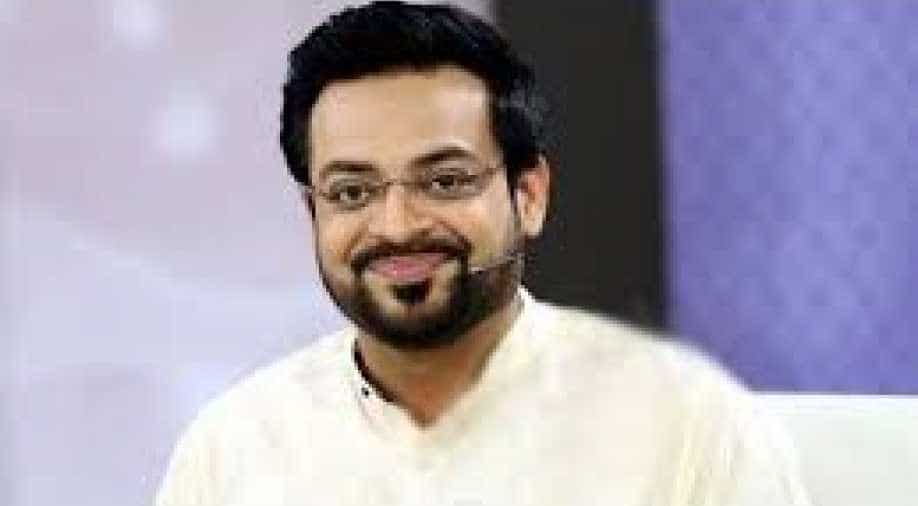 A popular TV anchor has been banned by Pakistan's electronic media watchdog from appearing in any programme after he allegedly violated the code of conduct which outlaws any kind of hate speech.

"Amir Liaquat (Hussain) and his programme have been banned with immediate effect for preaching hate," PEMRA said in a notification.

The anchorman hosts a Bol TV show 'Aisay Nahi Chalay Ga' and criticised Nisar for allegedly having links with missing persons who disappeared between January 4-8 without any clue so far.

"Aamir Liaquat is also prohibited from delivering any hate speech, declaring anyone Kaafir or Ghaddar on any TV Channel.

In case of violation, action shall be initiated against such channel(s) under Section 27 of the Pemra Ordinance 2002 as amended by the Pemra (Amendment) Act 2007," PEMRA said.

"Aamir Liaquat, the host of the programme named 'Aisay Nahi Chalay Ga' shall not host any programme or appear in any manner, including but not limited to, as a guest, analyst, reporter, actor, in audio, video beeper, promo/advertisement on BOL NEWS," according to the notification.

The anchorman became famous while first hosting a religious programme for Geo TV and then for marathon transmissions in the holy month of Ramadan for many years.

Later, he joined Bol TV where he has been seen targeting political opponents or those having different ideologies.

PEMRA is quite active in taking punitive actions against TV channels and anchors for violating the code of conduct which outlaws any kind of hate speech.