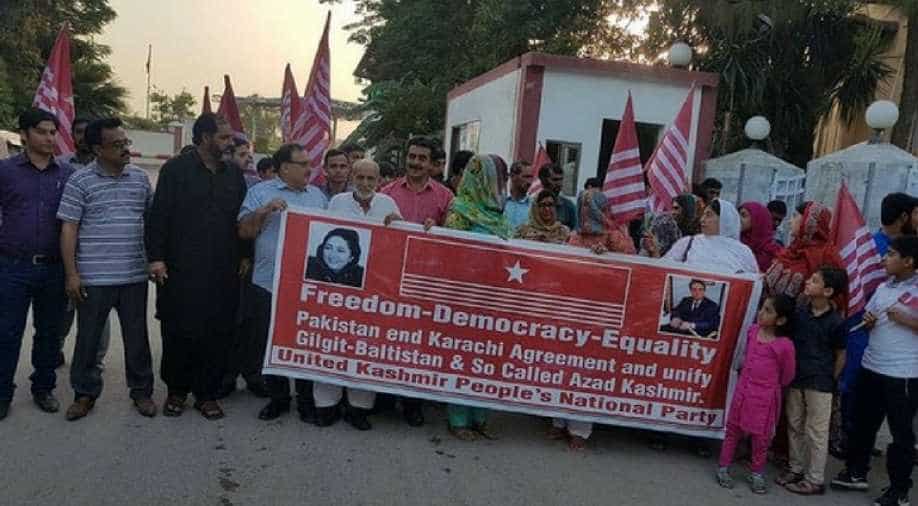 Political activists from Pakistan occupied Kashmir (PoK) carried out a protest rally in Rawalpindi city against the Karachi Agreement.

Executed on April 28, 1949, between the Government of Pakistan and the then Government of Azad Kashmir, the Karachi Agreement was very much in Pakistan's favour and deprived the people of PoK of significant powers and responsibilities.

Jamil Maqsood, a leader of United Kashmir People's National Party (UKPNP), Brussels said, "While critically analysing the agreement, we get to know that Pakistan was made responsible for the administration of the region, not for the development of the region. Not even a single point is mentioned about Pakistan establishment developing the region. You took control of a large area and declared 4,000 square miles of area independent (Azad Kashmir), while you gave control of the 28,000 square miles to Pakistan without taking assent of the legitimate local administration."

The 1949 Karachi Agreement was essentially formulated by Islamabad to ratify Pakistan's administrative control over the region without consulting any shareholder of the region.

Pakistan has since then been perpetrating worst forms of humanitarian crimes on the people of PoK and Gilgit Baltistan.

"When Pakistan took control of this region, then instead of giving people their fundamental, political, social, democratic and national rights, they declared the name of the region as Northern areas. This region was removed from our syllabus and was added to Pakistan and a narrative was built for the people of Pakistan that this region was being added to Pakistan and this is not even remotely connected with the reality," Maqsood added.

The people in PoK and Gilgit Baltistan are now demanding an immediate abolishment of the agreement with all rights conferred to citizens in letter and spirit.

"We reject all aspects (of agreement) in fact, the whole Karachi Agreement. Today, the circumstances are completely different from the time when the agreement was signed and if the Pakistani government is really serious about resolving the issues of these two regions (Azad Kashmir and Gilgit-Baltistan), then it should abolish both the councils of Azad Kashmir and Gilgit-Baltistan and merge them into one with an appropriate representation from both regions," Maqsood said.

The people of PoK and Gilgit-Baltistan have suffered decades of discrimination and persecution, owing to skewed policies and agreements framed by Islamabad.

There have been massive social and economic depredations in the region at the hands of state-sponsored machinery. It is high time that Pakistan takes cognizance of the growing resentment amongst the people of the region before it transmutes into something unmanageable.