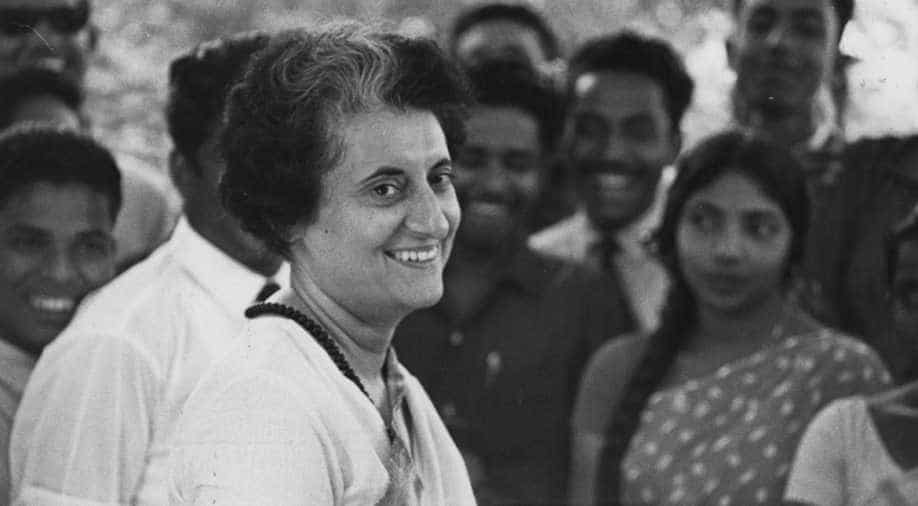 Off late, there has been a comparative evaluation of Modi?s style of governance with that of Indira Gandhi in the context of strong leadership model. Photograph:( Getty )

Whether the Bharatiya Janata Party (BJP) decides to engage the Opposition or not for the next Parliament session, it is clear that battle between Prime Minister Narendra Modi and the Gandhi family will be even more up close and personal.

Modi's decision to attack former prime minister Indira Gandhi on the issue of demonetisation and the campaign against corruption was unexpected. During his speech at the BJP parliamentary party meeting, Modi said that Indira Gandhi rejected the demonetisation proposal made by YB Chavan. PM Modi went on to say that Indira Gandhi even snubbed Chavan by asking if he did not want to contest elections. So in one stroke the PM not only challenged Indira’s commitment to drive out corruption, but also the perception of her being strong leader who always took bold decisions.

Despite her flaws and imposition of the Emergency in 1975, Indira Gandhi’s personal integrity towards the nation and her commitment to the poor remains intact. Even on the issue of national security, Indira’s reputation still exceeds that of any prime minister in the country. She is not only credited for the victory in the 1971 Indo-Pakistan war, but also acknowledged for her ability to rise up to any challenge. Even RSS in its long campaign against the Congress rarely attacked Indira Gandhi as it felt comfortable with the soft Hindutva which she projected during the early 80s. Modi has decided to change it once and for all. This has to be understood in current discourse on strong leadership.

Of late a tendency to compare Modi’s style of governance with that of Indira Gandhi has emerged in the context of a strong leadership model. This talk becomes even more important with India's Congress party chief Sonia Gandhi’s statement that Indira Gandhi cannot be compared with Narendra Modi. It tells us two things.

One, Congress is uncomfortable with the idea of Modi being compared with Indira as a strong leader, as it makes Rahul’s standing in front of him very weak. Two, Narendra Modi himself doesn’t want any comparison of his tenure with any prime minister, including that with BJP leader Atal Bihari Vajpayee. It is an attempt to carve out a distinct narrative for himself which remains untouched by any political legacy. Modi not only seems to be challenging the wisdom and beliefs of contemporary leaders, but trying to change the political narrative around them. Congress would off course argue that it is an attempt to re-cast the past in present political lexicon, which to a large extent is true, but it also stands as an intellectual challenge to the Congress that has been comfortable with its accepted heritage.

This was not the case during Atal Bihari Vajpayee’s tenure who accommodated the Congress's heritage with minor tinkering. This will not be the case now. It will not be tinkering. It will be a makeover and Congress should be ready to rise up the challenge it if it needs to save its legacy in popular perception as relevant and living.