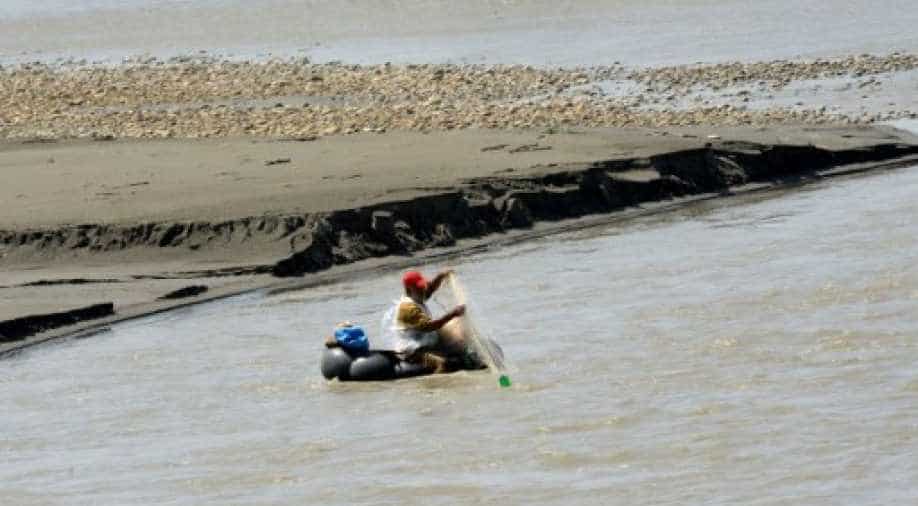 India's decision to construct the Kishanganga dam on Jhelum river and Ratle?plant on Chenab has angered Pakistan as these rivers are 'controlled' by them. Photograph:( AFP )

Pakistan has persuaded India to suspend construction work on two hydropower projects on Indus rivers in Jammu and Kashmir.

Pakistan also asked the World Bank to mediate immediately by appointing the chairman of the arbitration court.

The construction of dams on the western rivers by India has brought the two countries at loggerheads and Pakistan has engaged the World Bank, a facilitator of the IWT, to stop India from going ahead with the construction.

Brokered by the World Bank, the Indus Waters Treaty is a water-sharing agreement signed by India and Pakistan in 1960. The treaty allowed India to control three "eastern" rivers — the Beas, the Ravi and the Sutlej —  while control over the three "western" rivers — the Indus, the Chenab and the Jhelum — was given to Pakistan.

But India's decision to construct the Kishanganga dam on Jhelum river and Ratle plant on Chenab has raised the hackles of Islamabad.

Pakistan is also wary of India's plan to build 45 to 60 dams on the "western" rivers as it would seriously lessen water supply levels.

Former foreign minister and Tehrik-i-Insaf leader Shah Mehmood Qureshi said the water dispute with India had reached such alarming proportions that it could even dwarf the Kashmir issue. He suggested the government to evolve a clear roadmap, assuring his party's support on the issue.