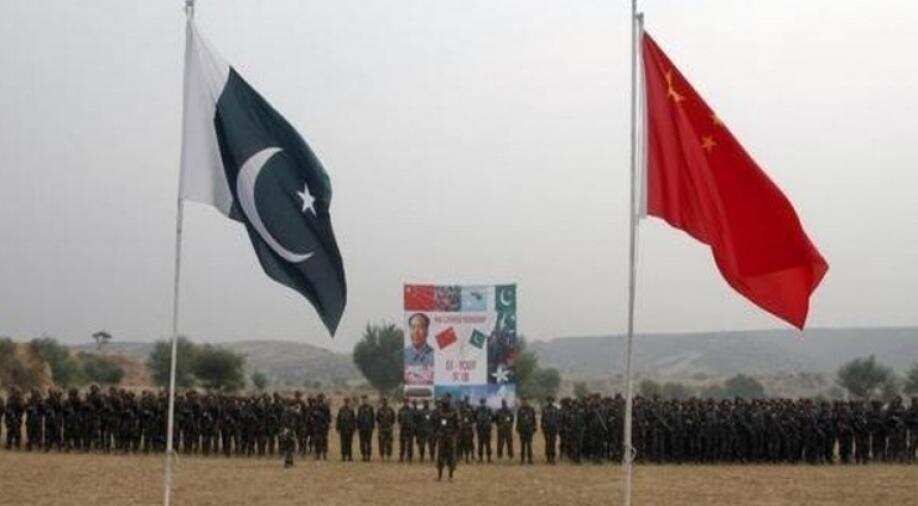 Pakistan expects to obtain fresh Chinese loans worth $1-2 billion to help it avert a balance of payments crisis, Pakistani government sources said, in another sign of Islamabad's growing reliance on Beijing for financial support.

Lending to Pakistan by China and its banks is on track to hit $5 billion in the fiscal year ending in June, according to recent disclosures by officials and Pakistan finance ministry data reviewed by Reuters.

The ramp up in China's lending comes as the United States is cutting aid to Pakistan following a fracture in relations between the on-off allies. In February, Washington led efforts that saw Pakistan placed on a global terror financing watchlist, drawing anger in Islamabad amid fears it will hurt the economy.

The new Chinese loans that are being negotiated will help bolster Pakistan's rapidly-depleting foreign currency reserves, which tumbled to $10.3 billion last week from $16.4 billion in May 2017.

The talks come only weeks after a group of Chinese commercial banks lent $1 billion to Pakistan's government in April.

The reserves decline and a sharp widening of Pakistan's current account deficit have prompted many financial analysts to predict that after the general election, likely in July, Islamabad will need its second International Monetary Fund (IMF) bailout since 2013. The last IMF assistance package was worth $6.7 billion.

Beijing's attempts to prop up Pakistan's economy follow a deepening in political and military ties in the wake of China's pledge to fund badly-needed power and road infrastructure as part of the $57 billion China-Pakistan Economic Corridor (CPEC) - that passes through Pakistan Occupied Kashmir - a key cog in Beijing's vast Belt and Road initiative.

"I think this month we will get that $1-2 billion," said a senior Pakistan government official, saying the funds will come from Chinese state-run institutions.

A second government official confirmed Pakistan was in "sensitive" talks with Beijing over extra funding for up to $2 billion.

Pakistan finance ministry officials did not respond to a request for comment.

China's finance ministry and central bank, who were faxed questions about the loans, did not immediately respond to requests for comment.

Although Pakistan's economic growth has soared to nearly 6 percent, the fastest pace in 13 years, the structural problems with the economy are coming to the fore. It is similar to 2013, when foreign currency reserves dwindled and Pakistan narrowly escaped a full-blown currency crisis.

"The current situation appears to be a replica of what we experienced in 2013, albeit on a slightly larger scale," said Yaseen Anwar, who was the governor of the central bank, the State Bank of Pakistan (SBP), back in 2013.

The darkening macroeconomic outlook prompted the IMF earlier this month to downgrade its economic growth forecast for Pakistan to 4.7 percent for the next fiscal year ending in June 2019, way below the government's own ambitious target of 6.2 percent.

Over the past nine months Pakistan has enacted a series of measures to combat its ballooning current account deficit, including hiking tariffs on more than 200 luxury items and devaluing its currency by about 10 percent.

In the six months to end of March, Pakistan took bilateral loans worth $1.2 billion from China, according to the Pakistan Finance Ministry document reviewed by Reuters. During this period the government also borrowed about $1.7 billion in commercial loans, mostly from Chinese banks, finance ministry officials added.

The $1-2 billion under discussion would be in addition to that loan.
So far, all the measures appear to have had a limited impact on Pakistan's economy and foreign exchange reserves continue to plummet.

The collapse of the reserves is mainly due to the central bank's efforts to maintain an artificially strong rupee over the past few years, analysts say. The currency is now trading at about 115.50/116 to the U.S. dollar, down 9.8 percent in last six months after two separate devaluations since December.

In the past three weeks, reserves have declined by $1.2 billion and now stand at two months worth of import cover.

"This new (Chinese) money is a temporary bridge until August or September, when a new government will come into office and the country will likely opt for a new IMF programme," said Saad Hashmey, chief economist at brokerage house Topline Securities.
Hashmey and several other economists are predicting another currency devaluation by the end of 2018.

Pakistan may also seek help from Saudi Arabia. The Middle Eastern ally loaned $1.5 billion to Pakistan in 2014 to shore up its foreign currency reserves.

The scale of the task facing Pakistan is huge as the current account deficit widened to $14 billion in the first 10 months of the current fiscal year, according to SBP data. Dollar-denominated debt repayments in 2018 are also expected to top $5 billion, analysts say.

Part of the problem for Pakistan has been a multi-year consumer boom accompanied by huge imports of Chinese machinery for CPEC projects, which has piled pressure on the current account deficit. More recently, a jump in the oil price has compounded the problem as Pakistan is a fuel importer.

One of the senior Pakistani government officials said the money from China should give the economy breathing space.

He said exports have shot up in the last two months, helped by the devaluation in the rupee, and that should help ease the current account deficit.