Pakistan must not be admitted to Nuclear Suppliers Group: US nuke watchdog 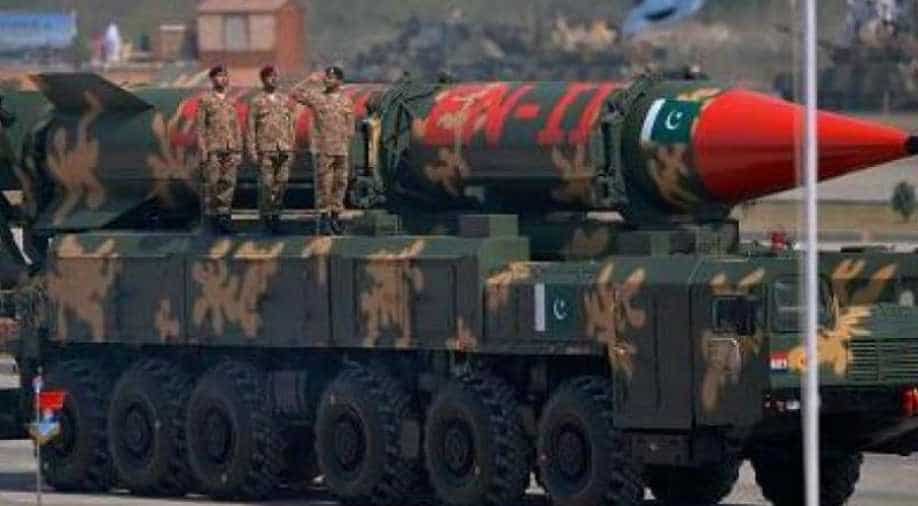 A US-based international nuclear proliferation watchdog on Wednesday said Pakistan's application to the Nuclear Suppliers Group (NSG) should not be granted, mainly because of its ongoing illicit nuclear procurements abroad and its refusal to even minimally split its military and civil atomic programmes.

A report by the Institute for Science and International Security (ISIS)— authored by David Albright, Sarah Burkhard, and Frank Pabian—said as it released latest satellite images of the Kahuta nuclear power plant site in Pakistan: “Pakistan's application to the Nuclear Suppliers Group should not be granted at the present time”.

“Although there are many reasons to refuse its membership, some more obvious reasons include its ongoing illicit nuclear procurements abroad and its refusal to even minimally split its military and civil nuclear programs,” it said.

The report discusses the purpose and size of the likely enrichment plant at Kahuta and estimates the amount of enriched uranium it could produce.

“We could not determine if Pakistan is building one or two enrichment plants. We are certainly interested in learning more,” it said.

While much of the world's attention has been directed to the nuclear programmes of Iran and North Korea, Pakistan has greatly expanded its nuclear complex dedicated to producing nuclear weapons, the report rued.

One European official stated in an interview in late 2016 that in terms of instances of illicit nuclear-related procurements by the three countries, Pakistan has carried out the most, the report said.

Over the last decade, Pakistan has renovated or expanded its uranium enrichment, plutonium production, and nuclear weaponisation capabilities, according to this official.  It has also been expanding the number of its nuclear power plants and the means to make fuel for these new reactors, it said.

In a detailed analysis of the latest satellite images it obtained, ISIS says Pakistan appears committed to building one or two large uranium enrichment plants.  Whether the plants will be exclusively for peaceful purposes is undetermined, it said.

“Pakistan should be called upon by other states such as the United States, China, and major European powers to declare the purpose of its new enrichment plant(s),” ISIS said. “Based on assessing the construction project at Kahuta, which is likely an enrichment plant, it is difficult to know if this facility will lead to Pakistan expanding its supply of weapons-grade uranium or be limited to making only low enriched uranium for nuclear power reactors. Moreover, this enrichment facility could provide LEU to both military and civil nuclear programmes,” ISIS said.

The report said, if the Kahuta site is indeed a centrifuge plant, it will require a great deal of equipment, much of which Pakistan does not make domestically.

“According to government sources, Pakistan has acquired many goods from abroad. As such, supplier governments should step up efforts to thwart Pakistan's purchases for this plant or any other centrifuge plant and consider applying sanctions on Pakistani entities and individuals involved in purchasing for its centrifuge programme,” ISIS said.

“Financial sanctions should also be applied on these entities and individuals. China should be told explicitly by other members of the NSG that the supply of goods to Pakistan's enrichment programme would violate China's NSG commitments,” said the report.