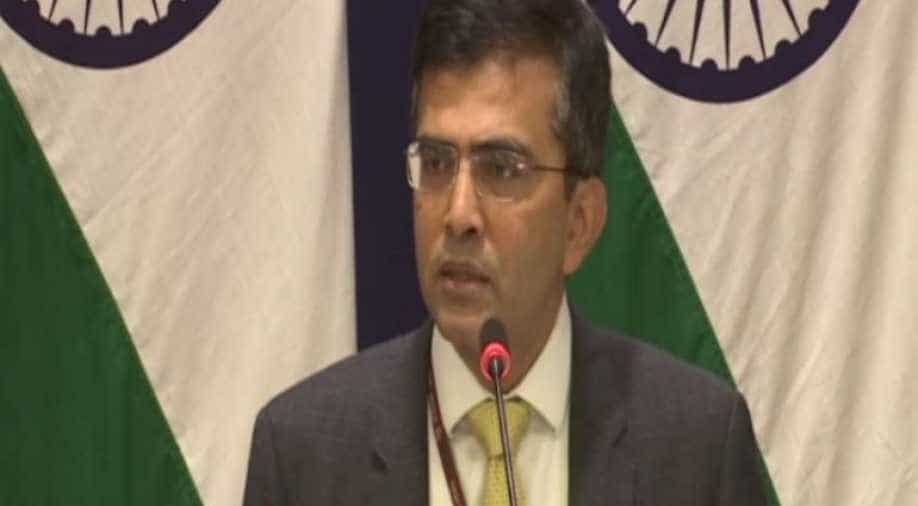 "My understanding is that the normal rules for seeking political clearance for such visits will apply," Ministry of External Affairs said.

Political clearance would have to be sought by those invited by Pakistan to the inaugural ceremony of the Kartarpur corridor, Ministry of External Affairs said on Thursday, a day after Pakistan Prime Minister Imran Khan invited Congress leader Navjot Singh Sidhu to the inauguration.

"I think the political personalities or invitees who think they need to get a political clearance, and those not included in the list will know about it. There won't be surprises," the Ministry of External Affairs spokesperson Raveesh Kumar said.

"My understanding is that the normal rules for seeking political clearance for such visits will apply," he added.

Pakistan Tehreek-e-Insaf (PTI) on Wednesday said that Islamabad has decided to send an invitation to Sidhu for the inaugural ceremony of the much-awaited Kartarpur corridor slated to be held on November 9.

A statement released by the Pakistani party has said that Senator Faisal Javed Khan held a telephonic conversation with Sidhu in this regard on the directions of Khan and invited him to the country on November 9.

Sidhu, who had attended the ground-breaking ceremony of Kartarpur corridor, has not been included in the Congress delegation, which will be visiting the gurdwara on November 9.