Pakistan under attack by locusts, more than 40% crops under risk 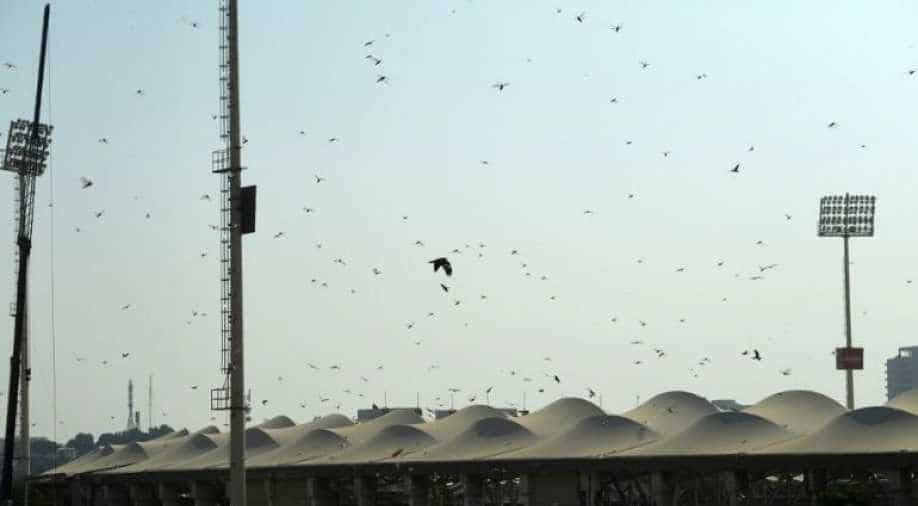 Pakistan is facing the oddest crisis of them all - locusts.

Coincidentally, tomato prices have sky-rocketed in Pakistan, with most farmers living in distress.

But the authorities have to now fight locusts as they're capable of destroying up to 40 per cent of the crops in the country.

Locusts are characterised by their short horns, dynamic colours, and the ability to travel long distances.

In fact, the pests have taken over Pakistan's most populous city, Karachi, over the course of last week.

Residents of the city, have taken to social media to vent their anger and have requested others to beware of these creatures.

The short-horned grasshoppers have also attacked farmlands in Sindh and Karachi.

Areas like Tharparkar, Mirpur Khas and Sanghar have lost 40 per cent of their crops. These include wheat, cotton and several vegetables.

According to many farmers, this is the worst locust crisis in two decades.

Pakistan's food security is under attack, as only two out of its 21 crop-spraying aeroplane fleet are functional. The country lacks the resources to win this battle. In the face of Pakistan's mounting debt, the scope for solutions becomes even dimmer.

Sindh's Minister of Agriculture recently suggested ''cooking'' the locusts and ''making biryani'' to solve the problem.

The locust attack coincides with Pakistan's facing a shortage of basic food ingredients, with prices sky-rocketing. Tomatoes are increasingly becoming out of common man's reach. Priced at Rs 300 per kilogram, the important ingredient costs over $4.

In ideal socio-economic situations, tomatoes cost Rs 20 a kilogram, ie, a quarter of a dollar.

Recently, Iran offered to help Pakistan's tomato shortage by exporting tomatoes to them.

Aftermath #Ban on #smuggling #Iranian fuel the carriers have started transporting #Tomatoes due to its #shortage in #Pakistan #Balochistan , footage shows cars loaded with tomatoes on Iranian side#ThursdayMotivation pic.twitter.com/kvQ26YQGSQ

Two batches of tomatoes have already reached Pakistan but this move has been unsuccessful in keeping the prices in check.

Traders in Karachi, Rawalpindi and Peshawar are feigning ignorance to an increase in tomato supply.