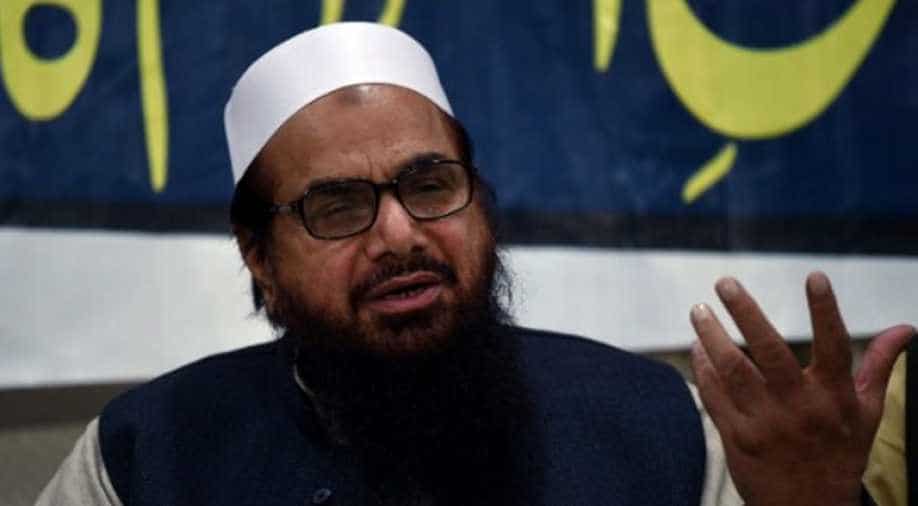 Pakistan has quietly banned Tehreek-e-Azaadi Jammu and Kashmir (TAJK), a new front for Hafiz Saeed's Jamaat-ud-Dawa, as international pressure on the country grew, including from a global watchdog, to combat terror and its funding.

TAJK gained prominence as a JuD front when it held pro-Kashmir freedom rallies and displayed banners and streamers across Pakistan on "Kashmir Day" on February 5, days after Saeed was put under "house arrest" for 90 days in Lahore.

The mastermind of the 2008 Mumbai attack in which 166 people died had indicated about a week before his house arrest he might launch TAJK to "expedite the freedom of Kashmir".

The re-branding of JuD as TAJK showed that Saeed had got a wind of the government plans and had worked out how to resurface and survive after the clampdown on his ostensible network of JuD and its affiliate Falah-e-Insaniat Foundation.

The JuD front was put on the list of "proscribed organisations" on June 8 - a fortnight before the meeting of Financial Action Task Force in Spain, according to a list available on the website of Pakistan's National Counter Terrorism Authority.

Jamaat-ud-Dawa (JuD) has called a meeting on Monday to discuss the ban on its affiliate, The Nation reported.

There are 64 other outfits in the proscribed organisation category, including Jaish-e-Mohammad, al-Qaeda, Tehreek-e- Taliban, and JuD's armed wing Lashkar-e-Taiba responsible for 26/11 and several other terror attacks in India.

According to a report in Dawn newspaper today, Pakistan continues to remain on the radar of the FATF over concerns that it is not fully complying with curbs against entities listed with the United Nations.

India had raised the terror financing issue at the FATF in February this year.

The FATF last week referred Pakistan to its regional affiliate - the Asia/Pacific Group on Money Laundering - for further analysis and a follow-up report on actions the country has taken against entities designated under UN sanctions list.

Pakistan government has been under mounting international pressure to crackdown on terrorist networks and their fronts.

However, according to the report, Pakistani officials expect that Pakistan would be cleared of the concerns.

The United Nations placed both JuD and FIF on its watch list in December 2008 and March 2012, respectively.

The ban on TAJK on June 8 happened a day before the Shanghai Cooperation Organisation summit in Kazakh capital Astana. India had pushed the SCO members at the summit to curb the financing of terrorist organisations and their fronts.