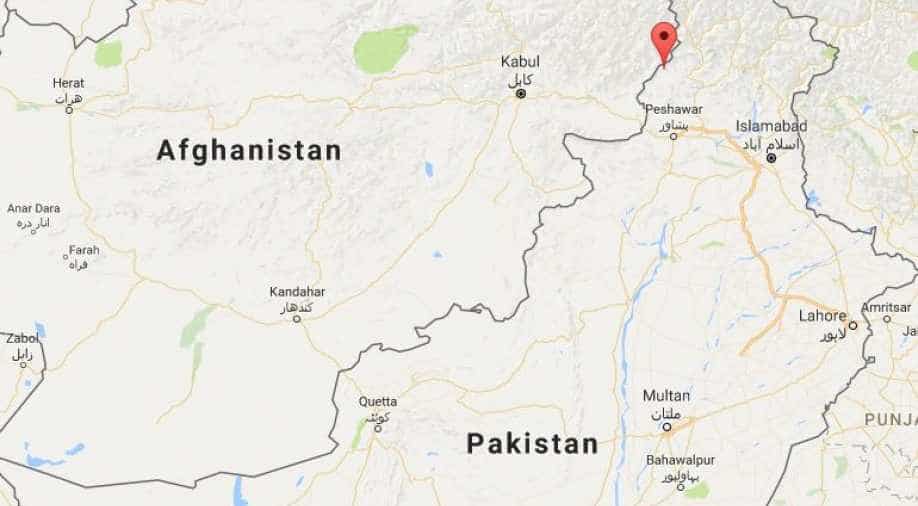 The blast took place in the town of Mamoond, some 25 kilometers (15 miles) from Khar, the main town of Bajaur where the army has been battling Taliban militants. (Image Source: Google Map) Photograph:( Others )

Nobody immediately claimed responsibility for the bomb explosion but in the past Taliban militants have carried out several suicide bombings and other attacks in the district.

The blast took place in the town of Mamoond, some 25 kilometres (15 miles) from Khar, the main town of Bajaur, one of the country's seven semi-autonomous tribal districts, where the army has been battling Taliban militants.

"Our mission is to eliminate the black infidel democratic system in Pakistan and impose Islamic justice system. We will trample every hurdle in the way of our mission," spokesman Mohammad Khurasani said in a message sent to reporters.

Violence in Pakistan has declined in recent years following a series of military offensives against insurgents along the northwestern border.

But militant groups are still able to carry out bloody attacks, particularly in the northwest.