Number of Afghans uprooted by violence doubles, a million "on brink of survival"- Amnesty 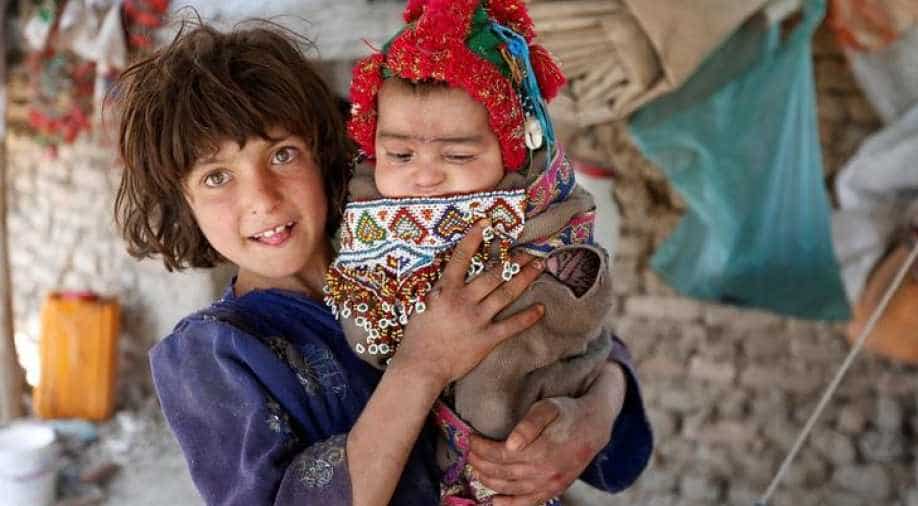 An internally displaced Afghan girl holds a child at a refugee camp in Kabul, Afghanistan May 31, 2016. Photograph:( Reuters )

The number of Afghans internally displaced byconflict has "dramatically" doubled to 1.2 million in just three years, Amnesty International said today, warning that a lack of basic services was putting people on the brink of survival.

The rights group said that situation of people uprooted from their homes in Afghanistan has deteriorated in recent years as global attention and aid money have been diverted to other crises.

"While the world's attention seems to have moved on from Afghanistan, we risk forgetting the plight of those left behind by the conflict," said Champa Patel, South Asia director at Amnesty International.

"Even after fleeing their homes to seek safety, increasing numbers of Afghans are languishing in appalling conditions in their own country, and fighting for their survival with no end in sight," she said in a statement.

The insurgency in Afghanistan has gained strength since the withdrawal of international troops from combat at the end of 2014 and the Taliban are stronger than at any point since they were driven from power by U.S.-backed forces in 2001.

The Taliban launched a spring offensive in Afghanistan last month, vowing to drive out the Western-backed government in Kabul and restore strict Islamic rule.

"Even an animal would not live in this hut, but we have to," Amnesty quoted a 50-year old woman living in a camp in the western Afghan city of Herat as saying.

"I would prefer to be in prison rather than in this place, at least in prison I would not have to worry about food and shelter."

With food being scarce, some people were struggling to have a one meal per day, Amnesty said.

"We mostly live off bread or spoiled vegetables from the market," Raz Muhammad, a community leader in Kabul's Chaman-e-Barbak camp, told Amnesty.

Access to healthcare was limited to mobile clinics operated by charities or the government, which were only available occasionally, forcing displaced people to seek private care which they could hardly afford.

"If we are ill, then I have to beg and find some money to go to the private clinics," a 50-year-old woman in Herat told Amnesty. "We have no other choice."

The rights group said the international community and the Afghan government must address the needs of the displaced people "before it's too late".