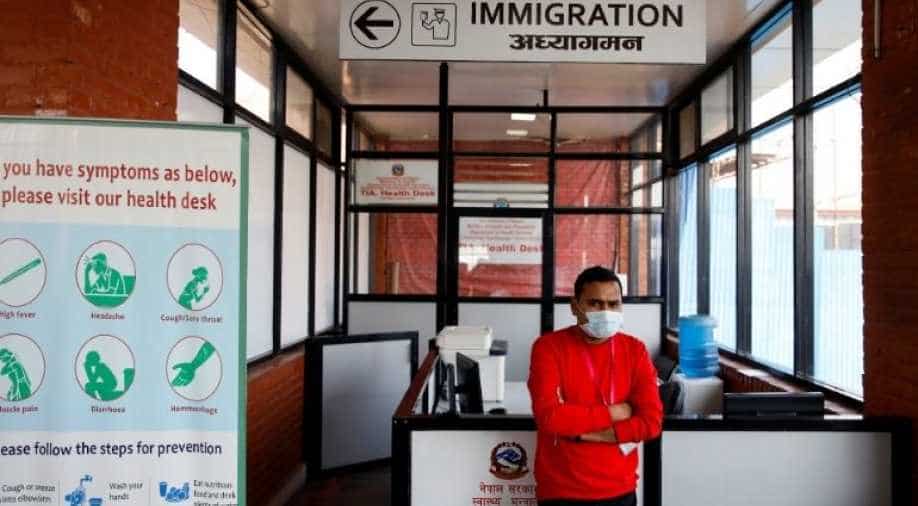 An official stands at the health desk inside the Tribhuvan International Airport after Nepal confirmed the first case of coronavirus in the country, in Kathmandu, Nepal Photograph:( Reuters )

Nepal will be resuming both domestic flights and inter-district vehicular movement from September 21, said Yogesh Bhattarai, Minister for Culture, Tourism and Civil Aviation.

In a telephonic conversation with ANI, Bhattarai confirmed that the Council of Ministers held a meeting on Monday wherein they decided to resume domestic flights and inter-district vehicular movement from September 21.

On September 10, The Himalayan Times had reported that the government is likely to extend the suspension of domestic flights till October 1 due to the COVID-19 pandemic, ignoring requests of the private sector and public demand.

Meanwhile, according to the Health Ministry, Nepal reported 1,170 new coronavirus cases till Monday, taking the national tally to 55,329.