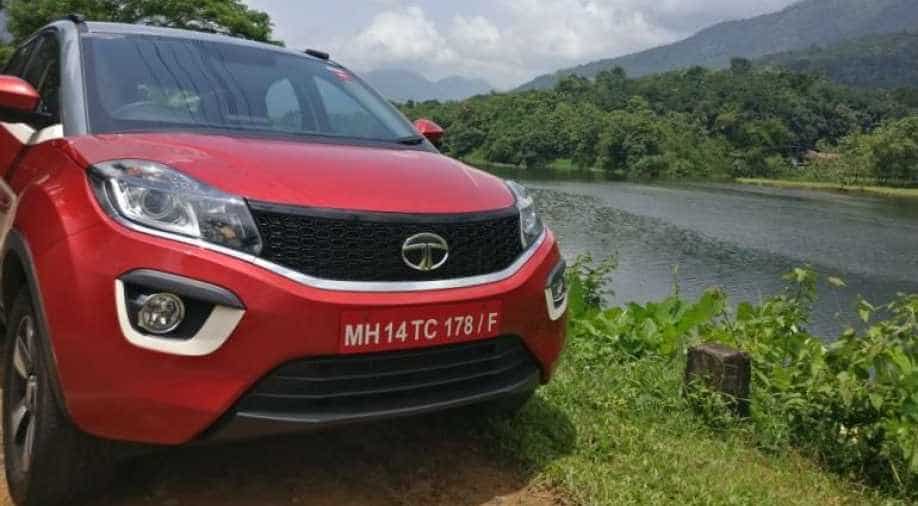 With Nexon, Tata Motors has expanded its business beyond the purview of hatchbacks and sedans. Photograph:( Zee News Network )

Tata Motors announced the commercial launch of its compact SUV Tata Nexon in Nepal. Nexon will be priced at NPR 32,75,000 for the petrol variant. The diesel variant will cost around NPR 41,55,000.

Nexon is a sub-4 metre sports utility vehicle (SUV) which was launched along with the company's distributor Sipradi Trading yesterday. The vehicle will be available for sale in 20 authorised sales outlets across Nepal.

Tata Nexon will be available in four variants and five attractive colours. The vehicle enjoys a standard warranty of 75,000 km or three years, whichever is earlier.

With Nexon, Tata Motors has expanded its business beyond the purview of hatchbacks and sedans. The company described Nexon's launch as its first "big step" into the compact SUV segment.

Tata Motors announced a 43 per cent increase in its January volumes at 59,441 units.