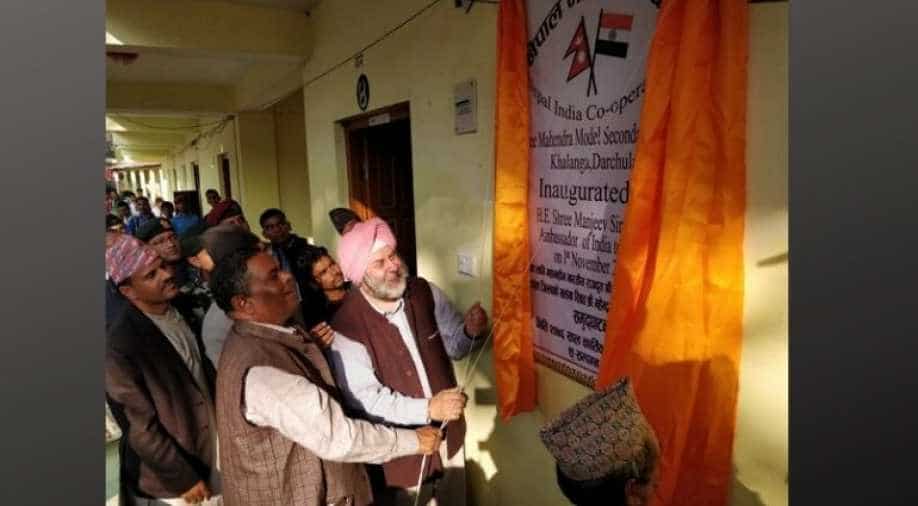 The two-storey building comprises of 13 classroom, a meeting hall, and separate sanitation facilities for boys and girls on both the floors.

The new building of Shree Mahendra Model Higher Secondary School, which is located in Khalanga municipality, has been built with Indian government's grant of NPR 30 million.

The two-storey building comprises of 13 classroom, a meeting hall, and separate sanitation facilities for boys and girls on both the floors, as per a release by Indian Embassy in Kathmandu.

Established in 1960, Shree Mahendra Model Higher Secondary School is an educational institution of repute located at Khalanga Village Development Committee (VDC) in Darchula District of Sudurpashchim Pradesh province. The school is affiliated to National Examinations Board (NEB) and has over 2000 students, about 50 per cent of whom are girls.

The newly built infrastructure is expected to boost the learning environment of students. The Indian government is happy to be associated with the project which complements the effort of the Nepalese government in augmenting infrastructure in the field of education, the release read.