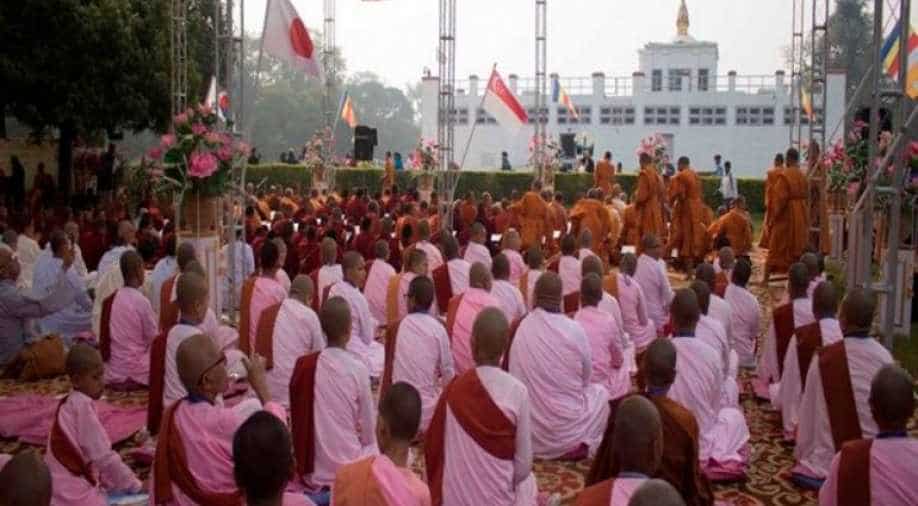 Lumbini, the birthplace of Lord Buddha echoed with the verses of Tripitaka, the traditional scriptures for the Buddhists, as about one thousand Buddhist pilgrims from 25 countries including India, Thailand, Myanmar, and Nepal chanted the Tripitaka for three days to mark the 2nd episode of Tripitaka Chanting Ceremony.

"Lord Buddha who had performed 'Deshna'... the Tripitaka was recorded, three months after he preached. We call it the First Buddhist Council. A total of 500 Infinitum monks read out chapters on religion and politeness. 100 years later during King Kalasoka again a group of 700 monks read it out, again after 300 years during the time of Samrat Ashok again the religion was transformed," Bhikchhu Maitri Mahasthavir, President of Akhil Bhikkhu Mahasanga, Nepal also the Coordinator of the International Tripitaka Chanting, Lumbini told ANI.

The first episode of Chanting Ceremony was held in 2018 which was participated by about 700 monks and nuns from 18 countries.

The Tripitaka which holds high significance in Buddhism is a lesser-known fact to the people, the organisers claim that these sort of events would help in making people aware about the scriptures as well as give identity to the people around the globe.

The third day witnessed the chanting of Binaypitak under the leadership of monks from Thailand and Cambodia which concluded with the lighting of candles in the holy garden of Maya Devi Temple.