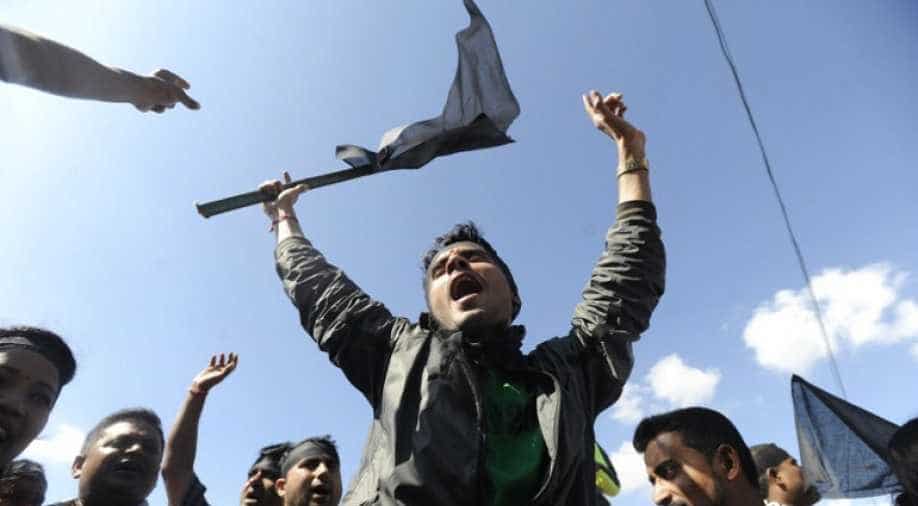 Nepal government will not withdraw the Constitution amendment legislation at any cost and would soon start the process of holding local elections to implement the statute, a top Maoist leader has said.

"Regardless of the passage or non-passage of the bill, our party will not quit the government. Instead, the government will start the process of holding local elections to implement the Constitution," CPN Maoist-Centre standing committee member Agni Prasad Sapkota said yesterday at a press meet in Bharatpur.

The Constitution implementation requires the local, provincial and federal polls to be held by January 2018.

Referring to protests being staged over the amendment bill which proposes to split Province 5, Sapkota added, "The bill proposes to separate hill districts from Province 5 keeping in view the overall state of the country".

When asked whether the amendment bill was tabled at the behest of foreign powers, Sapkota claimed that it was presented to settle the problems faced by Madhesis, mostly of Indian-origin.

"We cannot backtrack on the issue of federalism. We will work to put new system in place in such a way that it would meet the peoples demands," Sapkota stated.

Sapakota stated that the amendment bill would not be withdrawn at any cost as it was tabled to address the demands of Madhesi, Tharu and indigenous communities.

Madhesis launched a six-month-long agitation from September last year to February this year in which more than 50 people were killed.

The agitation had also crippled the landlocked countrys economy as supplies from India were blocked.