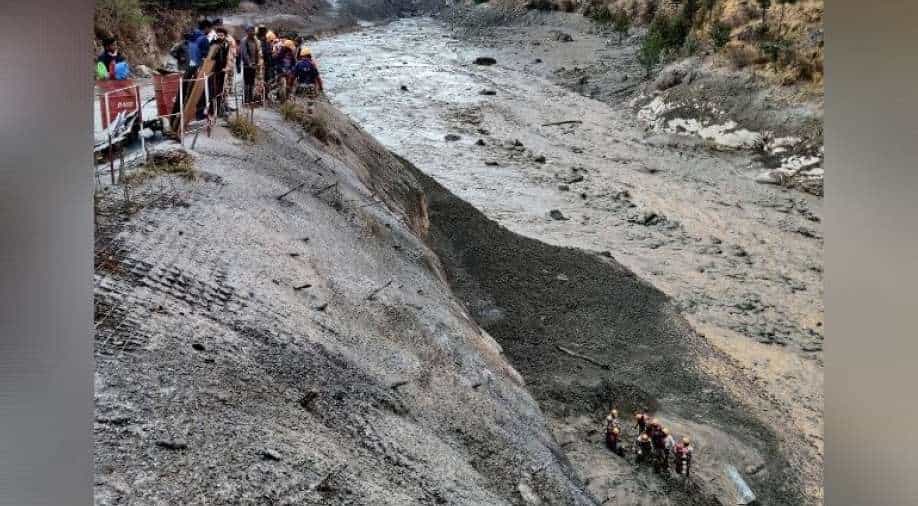 Nepal on Sunday offered condolences to the families of the victims of a glacial burst in Chamoli district in Uttarakhand that has led to massive flooding in the state.

In a Twitter post, Nepal`s Ministry of Foreign Affairs said it was saddened by the news of death and missing of many individuals due to the flash floods in Uttarakhand.

"We are saddened by the news of death and missing of many individuals due to flash flood caused by an avalanche in Uttarakhand, India. We express deep condolences to the bereaved family members of the deceased and pray for the safety of those missing.@PradeepgyawaliK @PaudyalBR," tweeted MOFA Nepal.

A glacier broke in the Tapovan-Reni area of Chamoli District of Uttarakhand on Sunday led to massive flooding in Dhauliganga and Alaknanda Rivers and damaged houses and the nearby Rishiganga power project.

Following the incident, leaders across the world including French President Emmanuel Macron and Japanese Ambassador to India Satoshi Suzuki expressed condolences to the victims of the glacial burst.

In a tweet, the US State Department said: "Our deepest condolences to those affected by the glacier burst and landslide in India. We grieve with the family and friends of the deceased and extend our hopes for a speedy and full recovery for the injured."The Indo-Tibetan Border Police (ITBP) has rescued all 16 people who were trapped in the tunnel near the Tapovan area following a glacier burst.

The ITBP was carrying out the rescue operation at the tunnel near Tapovan dam in Chamoli to rescue trapped people. At least nine bodies have been recovered from the National Thermal Power Corporation Limited (NTPC) site in the Tapovan area, informed SS Deswal, Director General, ITBP.

"We are assuming that around 125 people are missing. The number can be higher," said Uttarakhand Chief Minister Trivendra Singh Rawat.