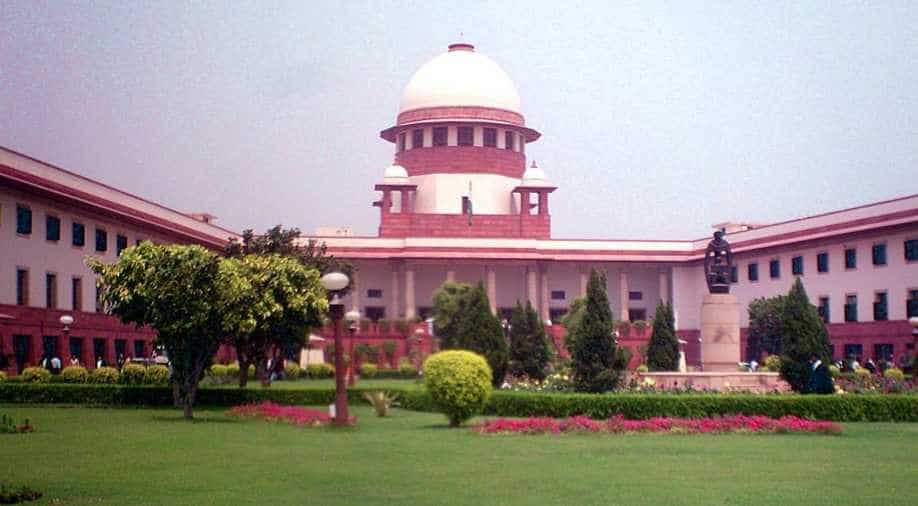 "Whether right or wrong, our order should not be overstretched. Bar (referring to Upadhyay) should show some retrain," the bench said. (Image source: Wikimedia Commons) Photograph:(Others)
Follow Us

The Supreme Court of India on Friday refused to entertain a plea by a BJP leader and lawyer seeking to play the Indian national anthem in all courts before the start of proceedings, news agency Press Trust of India reports.

The plea was filed by BJP spokesperson Ashwani Kumar Upadhyay.

"Whether right or wrong, our order should not be overstretched. Bar (referring to Upadhyay) should show some retrain," a bench of Justices Dipak Misra and Amitava Roy said.

This comes two days after the apex court ordered all film theatres in the country to play the national anthem before screenings.

Earlier in the morning, Upadhyay mentioned the plea before the bench. The bench then asked the Attorney General for the Centre’s response to the plea but refused to entertain it after he submitted that the petitioner should file a proper application.

In its November 30 order, the apex court had said that "love and respect for the motherland is reflected when one shows respect to the national anthem as well as to the national flag. That apart, it would instill the feeling within one a sense committed patriotism and nationalism."