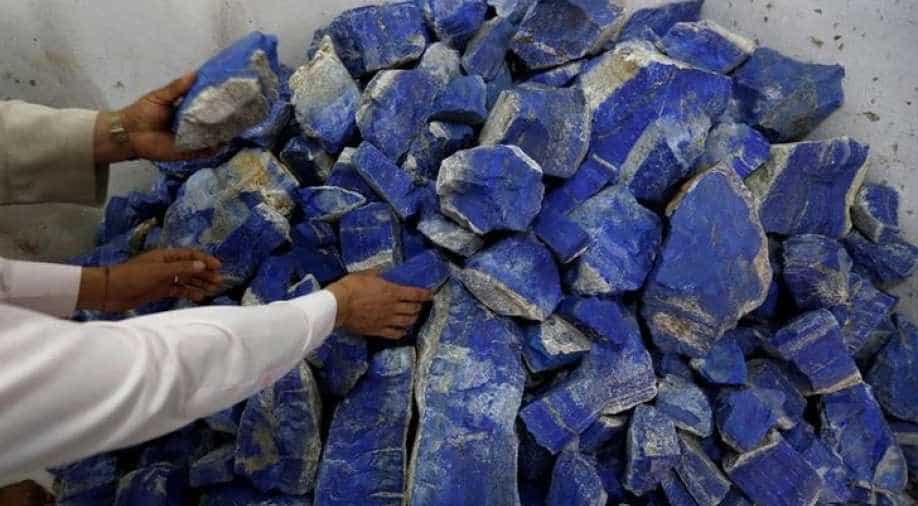 Follow Us
The illegal mining of some of Afghanistan's most important minerals is funneling millions of dollars into the hands of insurgents and corrupt warlords, according to activists, who say the money is fuelling war.

The mountains of Afghanistan hold as much as $1 trillion to $3 trillion in mineral resources, according to estimates by the US and Afghan governments, including world-famous lapis lazuli, a deep blue, semi-precious stone that has been mined in northern Afghanistan's Badakhshan province for thousands of years.

"In the current circumstances, where 50 per cent of the mining revenue is going to the Taliban, and before that it was going to armed groups, by any reasonable definition lapis is a conflict mineral," said Stephen Carter, a researcher for Global Witness, a non-profit watchdog that investigates the links between natural resources, corruption and conflict.

"And that means people should think very hard about buying it," he said.

Since 2014, at least 12,500 tonnes of lapis worth $200 million have been extracted, much of it illegally or in a way that avoided nearly $30 million in government taxes, according to a report released by Global Witness today.

Global Witness said not only are the Taliban continuing to profit from the illegal mining of lapis and other jewels in Badakhshan, but that senior players in the Afghan government may have a direct involvement too.

Global Witness accused the former defence minister Bismillah Mohammadi, as well as several members of parliament with ties to northern Afghanistan, from profiting from the illegal trade.

However, a close aide to Mohammadi rejected the claims as "baseless" and as an effort to defame the former minister.

Gul Mohammed Bedar, a deputy governor of Badakhshan, also denied allegations that government officials had their fingers in the illicit trade, but confirmed that the lapis mines are controlled by "illegal armed groups" as well as the Taliban, making it difficult for the government to manage.

Lapis mining was outlawed last year, but the mines now lie in a lawless region controlled by the Taliban and warlords of varying allegiances.

Much of the illegal lapis is being smuggled out through neighbouring Panjshir province, which is the home to some of Afghanistan's most powerful players the officials said.

The mining sector across the country is plagued by corruption and conflict, with as many as 10,000 deposits estimated to be outside government control, according to a report released on Sunday by the Afghanistan Research and Evaluation Unit.

"Natural resources have long played a role in conflict in Afghanistan," the report said. "This has been shown most recently in the violent conflict over the natural lapis in Badakhshan among groups of warlords who are backed by political elites in Kabul."